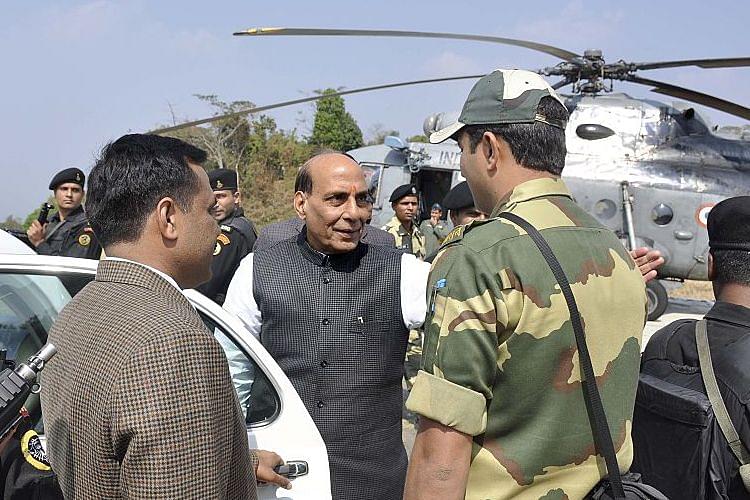 Defence Minister Rajnath Singh will next week inaugurate a bridge in northern Ladakh that will ease movement of troops to the border sector of Daulat Beg Oldi, where a 21-day military standoff between India and China had taken place in 2013, sources in the Defence Ministry said on Thursday (17 October).

The bridge is located across the Shyok River, a tributary of the Indus, and falls on the fag end of the road connecting Leh, the principal town of Ladakh, with Karakoram Pass on the Line of Actual Control (LAC) between India and China. An all-weather road linking Leh with Karakoram Pass, through Tangtse and Chang La Pass, had been completed earlier this year. As per sources, nearly three dozen bridges have been built across snow-fed rivers and streams that fall along this road.

Defence officials said Rajnath Singh is scheduled to travel to Leh on 21 October for inauguration of the Shyok bridge.

"The alignment of the Leh-Karakoram road was very much there earlier. But other means had to be used for transportation, that is, by helicopters or long-range patrols. Now it will be easier for India to induct, maintain and launch operations from the area," a retired Army commander told IANS on the condition of anonymity.

Troops of the People's Republic Army (PLA) of China had entered almost 19 kms into Indian territory in April 2013 and set up tents in Raki Nala, near the Daulat Beg Oldi sector. This area is located along the LAC bordering the Xinjiang province of China.

Following the Chinese incursion to Daulat Beg Oldi in April 2013, India built its own encampments in the area by transporting troops and equipments. The 21-day military standoff came to an end, with both countries pulling out their troops from the region, only after India reportedly acceded to a set of Chinese demands. In August that year, in a show of its strength, India had activated an airstrip in Daulat Beg Oldi and landed a C-130J Hercules transport plane there.

Army sources said the Daulat Beg Oldi sector comes under the operational command of the Indo-Tibetan Border Police, which is under the control of the Union Home Ministry. Sources added that there is no civilian population ahead of Shyok village, where the bridge is located, till the Karakoram Pass.