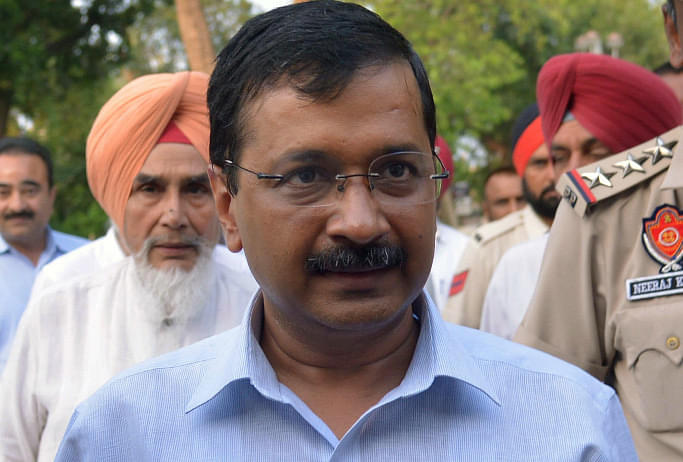 While Delhi Chief Minister Arvind Kejriwal cites burning of paddy stubble in Punjab as the cause of deteriorating air quality in his state, and has sought an urgent meeting with his Punjab counterpart Captain Amarinder Singh to discuss preventive measures, Aam Aadmi Party (AAP) leaders in the neighbouring states are actively supporting the practice of crop burning.

Sukhpal Khaira, leader of opposition in the Punjab Assembly, has been burning stubble in the name of support to farmers in various protest rallies throughout the state. In photographs of the rallies that have emerged, he can be seen lighting stubble in the presence of AAP workers carrying flags with Kejriwal’s photograph.

According to the Indian Express, Khaira has said that the Punjab unit of the party is autonomous and is participating in protests to protect the interests of farmers of the state. “We have also taken a widely different stand on the issue of SYL water being supplied to Delhi… Therefore, it is not an issue at all,” he said.

“The Punjab government has failed to carry out the instructions of NGT and farmers are suffering huge losses and committing suicide. Insofar as the Delhi government is concerned, their stand is also right,” he added.

Meanwhile, the state’s Chief Minister Amarinder Singh has said that Punjab is helpless as the problem is widespread. On Twitter, Singh said the state has ‘no money’ to compensate farmers for stubble management.

Situation is serious but Punjab helpless as problem is widespread & state has no money to compensate farmers for stubble management (1/2).

It is not a matter for inter-state discussion, that wonât help. It requires central govt intervention, at the earliest (2/2).