Delhi: Covid-19 Positive Man Dies After Being Shifted To Five Hospitals In Two Days Due To Lack Of Beds 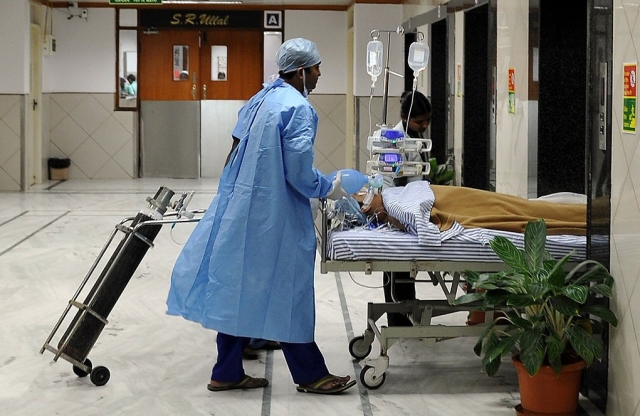 A 47-year-old man Narender Jain who had tested positive for Covid-19 died in Delhi after being moved between five hospitals for two days due to lack of treatment beds, Times of India has reported.

Jain initially reported regular fever but it kept rising in the coming days and was taken to a hospital in Shahdara on 1 June after he began feeling breathless. After the hospital informed that it did not have a Covid-19 testing facility he was moved to the Pushpanjali Medical Centre in Karkardooma where he was tested.

The medical centre though informed that it is not equipped with treating Covid-19 patients. He was then moved to Max Patparganj where the situation was reportedly very dire. Jain was ultimately admitted after much requesting by his family members.

The report adds that while he was tested for Covid-19 and other ailments the hospital refused to continue treating him the next day by claiming lack of available beds.

The family was then referred to the Rajiv Gandhi Super Speciality Hospital in Tahirpur which informed that the patient would need an ICU in his condition but none were available.

Jain was then referred to GTB hospital but two hours were lost after private ambulances were initially reluctant to shift him and government ones did not turn up.

The family alleges that spare attention was given to Jain at GTB hospital and he was not assisted with a ventilator. He passed away a few hours later at 7.30 PM on 3 June.