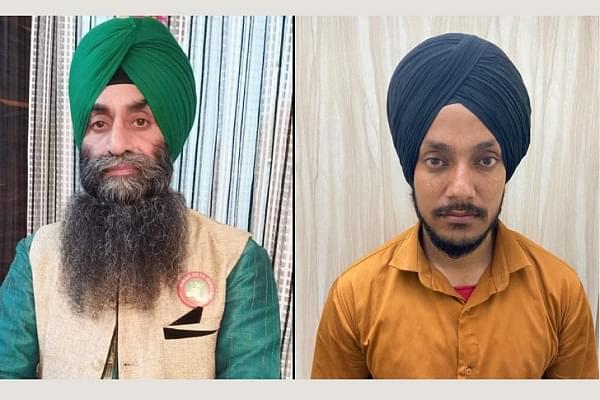 The two accused have been identified as Mohinder Singh and Mandeep Singh and were arrested in a joint operation with the Jammu and Kashmir Police, police said on Tuesday (23 February).

Mohinder Singh, 45 is a resident of Chatta Mill area in Jammu's Satwari. He is the president of Kashmir United Front organisation and said to be a key conspirator in the riot case.

Another accused Mandeep Singh, 23, is a resident of Gole Gujral, Jammu.

"As per the information received, both the above accused persons are active participants and key conspirators in the riot case of Red Fort," Additional PRO Delhi Police Anil Mittal said.

Earlier, the Delhi Police arrested Jaspreet Singh, a resident of Swaroop nagar in Delhi. The police said Jaspreet's name came up during interrogation of the arrested accused Maninder Singh, who was seen swinging swords with both hands at the Red Fort ramparts.

The accused Jaspreet was arrested on 20 February by the Delhi Police.

The Delhi Police have arrested 151 people in connection with the violent kisan tractor rally till now.

The Delhi Police have also announced a cash reward of Rs 1 lakh for information leading to the arrest of another key accused Lakhbir Singh alias Lakha Sidhana who is still absconding.