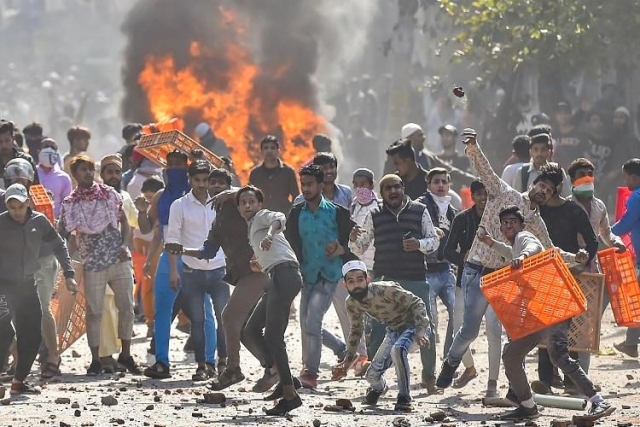 Names of three supporters of Khalistan movement, a Sikh separatist movement, and Pakistan intelligence agency ISI have cropped up in a disclosure statement of an accused in the charge sheet filed by Delhi Police Special Cell in the riots case.

Alleged involvement of Pakistan ISI and Khalistan movement supporters surfaced in the supplementary disclosure statement given by accused Athar Khan, who has been charged with the stringent Unlawful Activities (Prevention) Act, to the police on August 25.

According to the Indian Evidence Act, such confessions recorded by police officers are inadmissible as evidence. These statements can only be used to prove the contradictions and cannot be used against the accused in the criminal cases.

The 25-year-old accused said that one of his acquaintances Rizwan Siddiqui, on February 10-11, told him and others that he had met Khalistan movement supporters Bagicha Singh and Lavpreet Singh at Shaheen Bagh protest site, who used to work on the mission against India.

Athar Khan went on to say, “Bagicha Singh and Lavpreet Singh claimed to have support of Pakistan ISI and said that the agency has sent a message that Khalistan supporters should also support the protests against CAA and NRC and help people in their fight against the government.”

“Rizwan told us that these people (Khalistan movement supporters) have promised to support us in the riots and will send one of their men to our protest site.

After 8-10 days, one Jabarjang Singh came to the Chand Bagh protest site and said that he had been sent by Bagicha Singh. He also gave a speech against the government from the dias,” Khan added in his statement.

Athar Khan, a resident of Delhi’s Chand Bagh area which also saw wide-spread riots, was arrested on July 2 in the case pertaining to conspiracy angle behind the riots. Clashes between the citizenship law supporters and protesters had spiraled out of control, leaving at least 53 people dead and around 200 injured.

The statement is a part of the voluminous charge sheet filed by the police against him and 14 other accused under various sections of UAPA, Indian Penal Code, Arms Act and Prevention of Damage to Public Property Act on September 16.

Tahir Hussain has been named as a main accused in the charge sheet.

The charge sheet, however, does not name Umar Khalid, Sharjeel Imam, Mohammed Pervez Ahmad, Mohammed Ilyas, Danish and Faizal Khan. Their names will be added in the supplementary charge sheet.