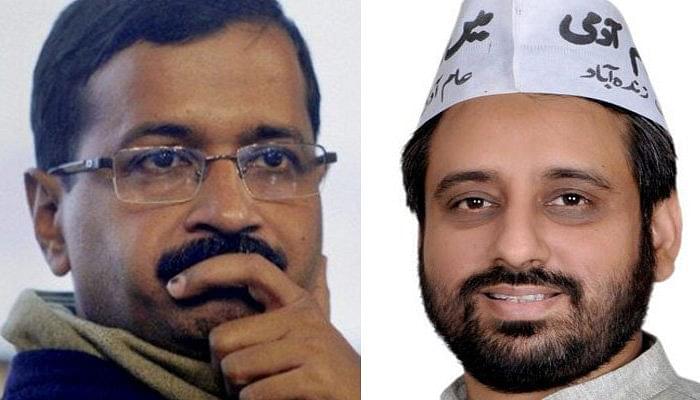 Aam Aadmi Party (AAP) leader Amanatullah Khan has come out in defence of Tahir Hussein who has been accused facilitating recent riots in Delhi and murder of Ankit Sharma, an Intelligence Bureau operative.

In a tweet today, Khan, an MLA in Delhi, said that Tahir Hussein was innocent and Bharatiya Janata Party (BJP) was falsely implicating him to save its own leaders.

Hid dead body was recovered from a drain near the building of the Aam Aadmi Party leader Tahir Hussein.

On Tuesday, Sharma, after returning home from office, went out to assess the situation and was confronted by a violent mob. Allegedly, he was dragged inside Hussein’s house where he was beaten and stabbed to death. His body was later dumped in the nearby drain.

The post-mortem report has revealed that he was stabbed brutally and repeatedly, so much so that his intestines were out. Bricks, stones and petrol bombs were also found on the building’s rooftop.

Sharma’s family, that resides in the same area, along with other residents, have alleged Hussein’s hands behind the riots.

As per reports, a case has been filed against Hussain under sections 365 and 302 of the Indian Penal Code (IPC) which pertain to kidnapping and murder, following a complaint by Ankit’s father.

After videos went viral on social media allegedly showing Hussein on the rooftop with a stick in his hand, and dumping of a body in the drain, AAP has suspended Hussein.

Amanatullah Khan’s tweet is being seen as a counter-move of the Kejriwal-led party to assuage its Muslim votebank.