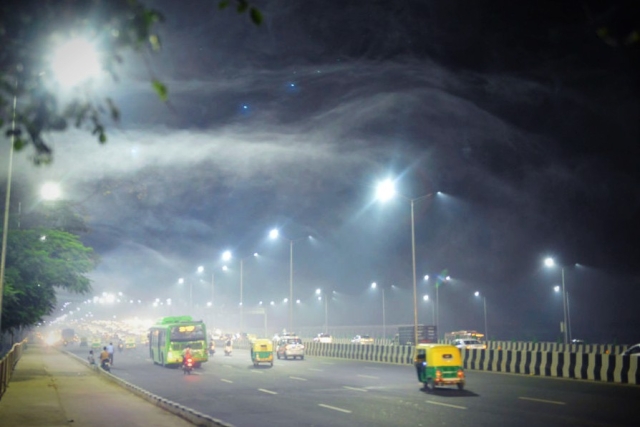 The H-CNG fuel releases up to 70 per cent less carbon monoxide than conventional CNG. Suggesting its roll out, the Supreme Court-appointed Environment Pollution (Prevention and Control) Authority (EPCA) had submitted a report to the apex court

Upon successful execution of the project, Delhi will become the first Indian city to use the H-CNG fuel and will also join a select league of global cities where trials of the fuel in public buses have been conducted.

The draft of the agreement is being vetted at present. After the signing of the agreement, Delhi Transport Department will release Rs 15 crore from the Supreme Court-monitored Environment Compensation Charge (ECC) fund - a green tax imposed on commercial vehicles entering the city.

IOC, under the project, will install, commission and operate the gas compact reformer, which is an advanced machine developed by the corporation to partially reform natural gas to directly produce hydrogen-CNG mixture in the desired proportion.

According to the report, tests conducted by Automotive Research Association of India (ARAI) found that H-CNG, which is a blend of hydrogen and natural gas, releases up to 15 per cent less hydrocarbons in comparison to CNG. With Hydrogen fuel cell technology and electric vehicles’ cost still high, H-CNG can aid in quicker transition to cleaner fuels and help fight air pollution better.