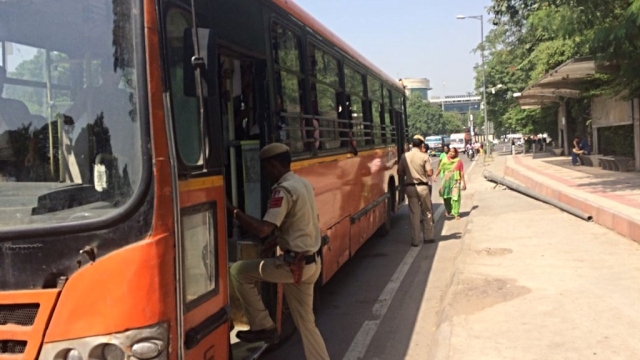 Route 544 that runs from R.K. Puram, navigating its way via AIIMS and the Siri Fort Road till its terminal point at Badarpur border, on its way stops at prominent all-girl colleges like Gargi and Kamala Nehru, as reported by The Print is a goldmine for molesters since it carries so many young female passengers trying to reach college.

Women allege that such incidents have been happening since 1985. A 19-year-old student of Kamala Nehru College told ThePrint about the three times she was ‘molested’ on this bus.

Shivani Gairola, the victim's cousin based in Mumbai, tweeted about the episode saying,

My 19-year-old cousin sister has been living in Delhi for 3 months, and she has been molested 7 times. If you think it doesn't get worse, you don't know Delhi.

“If you think it doesn’t get worse, you don’t know Delhi,” she wrote. Her tweet has since been shared over 4,000 times which lead Delhi Police deputy commissioner (New Delhi) Madhur Verma, to take notice and he replied,

Itâs really unfortunate.
Pls DM the name and contact number of your sister/complainant to me. I will speak to her and we will definitely take action and ensure her safety.

However, Deputy commissioner of police (South Delhi) Vijay Kumar told ThePrint that other than the tweet, the police had not received an official complaint from Shivani or her cousin.

Regarding police action, he said, “We have increased random checking on that route, for all private and DTC buses.

The checking is more thorough outside girl’s colleges, specifically between 9 and 11 am, and in the evening when classes get over,” said Kumar. “We even ask for photographs of the area, and sometimes send lady officers to cover the location.”