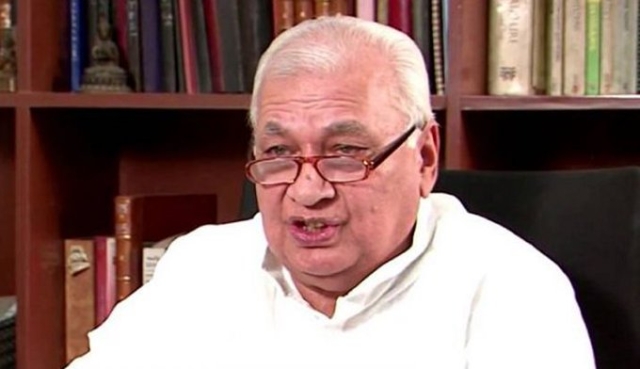 Despite opposing the anti-CAA stand of the Kerala government, the state Governor Arif Mohammad Khan on Wednesday (29 January) read out a portion against the citizenship amendment act (CAA) during his budget address in Assembly, reports Business Standard.

However, before reading the anti-CAA portion, the Governor made it clear that he disagreed with the state government’s view regarding the new citizenship law and was reading it only to “honour the wish” of state Chief Minister Pinarayi Vijayan.

Khan, while delivering the customary policy speech in the House on the opening day of the Budget Session, said that he had made his reservations clear to the CM Vijayan regarding the paragraph 18th of the policy speech, which contained reference to the CAA.

"Although I hold the view that this doesn't come under the definition of policy or program. The CM has himself said in his letter that this is the view of government. I disagree, but to honour his wish I am going to read this para," he added.

Further, he read the para, "Our citizenship can never be on the basis of religion. The august house has passed a resolution requesting the central government to abrogate the CAA which my government believes goes against cardinal principles and line of our constitution....."

Earlier, the opposition MLAs chanted “go back governor” and displayed anti-CAA posters and banners against Khan as soon as he arrived in the house for his address.

The marshals had to rush to escort the governor to his podium as the MLAs of Congress-led United Democratic Front (UDF) raised slogans while blocking Khan’s path.