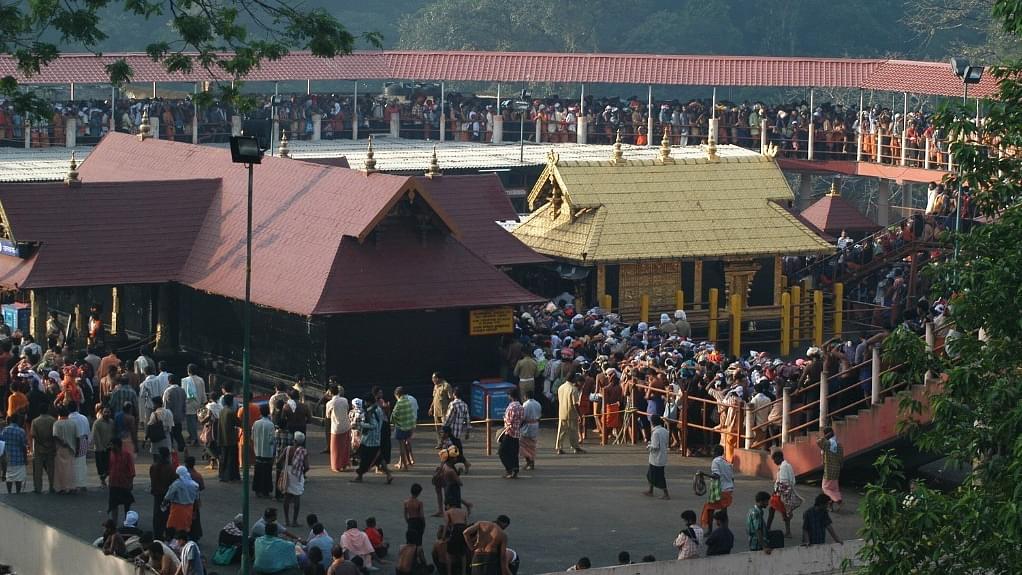 Tens of thousands of pilgrims witnessed the Makarajyoti, which appeared on the Ponnambalamedu in the eastern horizon of the Sabarimala temple, marking the end of the two-month-long Mandala-Makaravilakku season, reports Deccan Chronicle.

The pilgrims saw the celestial light appearing thrice in the twilight at 6.40 pm at the Sannindhanam.

However, the footfall for this season was moderate compared to previous seasons, while songs and chants of Lord Ayyappa filled the atmosphere.

Travancore Devaswom Board (TDB) officials received the procession carrying the Thiruvabharanam (sacred jewellery of the deity) at Sannidhanam at 6.30 pm. Makarajyoti appeared at Ponnambalamedu (an eastern hill facing the deity).

Neyyabhishekam (puja of pouring ghee) was performed with the ghee brought from the Kowdiar Palace in Thiruvananthapuram in seven 'nei-thenga (coconuts filled with ghee). The Makara Jyothi, appeared on the horizon around 7.50 pm, following the Makara Sankranti puja.

According to police data, as many as 48,030 pilgrims crossed metal detectors at Pampa by 2 pm. The number is far low compared to previous years. Reports claimed 42 lakh pilgrims had darshan this season.