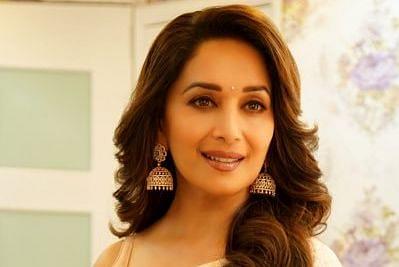 Bollywood actress Madhuri Dixit Nene could be one of the Bharatiya Janata Party’s candidate in the upcoming 2019 general elections. BJP is considering to field the popular actress and performer as a candidate from Pune Lok Sabha constituency, Times of India has reported.

In June this year, BJP president Amit Shah had met the actress at her residence to inform her about the achievements of Narendra Modi government during the Sampark For Samarthan programme.

According to the report, a senior BJP leader told that the party is seriously considering her name for the 2019 general elections. The party considers that Pune constituency will be better suited for the Bollywood actress, he added.

"The party is in the process of finalising the list of probables for several Lok Sabha seats and Dixit's name has been shortlisted for the Pune Lok Sabha constituency...she is being seriously considered for it," the leader said.

Pune Lok Sabha seat was earlier with Congress but in 2014 elections BJP candidate Anil Shirole won the constituency by a margin of over three lakh votes.

A senior BJP functionary suggested that the move could be part of party’s strategy to reduce the effect of anti-incumbency against the sitting candidate.