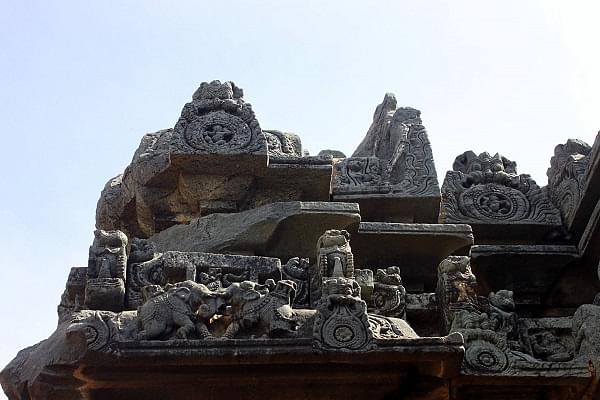 Naganath Temple at Lakkundi, where the sculptures were found (KarnatakaHistoricalPlaces/Facebook)

Sculptures and inscriptions dating back to the 11th century have been discovered at a site in Lakkundi of Gadag district, The New Indian Express has reported. Lakkundi is 12 km away from Gadag in Karnataka and is known for its step wells called ‘Kalyanis’.

Jain sculptures belonging to Kalyani Chalukya era were found when workers were digging at a house construction site belonging to Somanayak Bilekudari. The owner contacted officials of the archaeological department after the first few idols were found. Later, many more were discovered. The artefacts have now been taken over by officials.

The sculptures and inscriptions were found near Naganath temple in Lakkundi. The findings include sculptures of Yaksha and Saraswati, Thirthankara idols and many broken sculptures. Some unclear inscriptions have also been found.

These artefacts will now be examined by experts and further excavations will be conducted. According to a social worker who spoke to New Indian Express, the location had hosted a fort in the past. He also claimed that roads have been constructed between heritage structures and they are threatening monuments nearby.