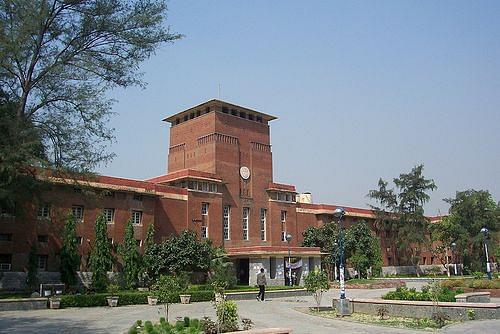 The Hindu College of Delhi University (DU) has set a 99 per cent cut-off for those seeking admission to Bachelor of Arts (BA) Honours degree in political science stream, reports The Hindu. The cut-off for the same course last year was pegged at 96.75 per cent.

The first cut-off list for admissions to various courses offered by the DU was released on Thursday (27 June).

BA (Honours) English, to which up to 1,42,970 applications were received, saw highest cut-off of 97.75 per cent at LSR college. Last year, the cut-off for the same course was 98 per cent.

The highest cut-off for BA economics (Honours) and B.Com (Honours) are at Shri Ram College of Commerce (SRCC) with 98.75 per cent and 98.50 per cent respectively.

For the science streams, the cut-off for B.Sc physics at the Hindu College was 98.33 per cent while B.Sc computer science at Dayal Singh College was 98 per cent, a marginal increase compared to last year.

The next cut-off list for admissions to various courses offered in DU colleges will be released on 4 July.