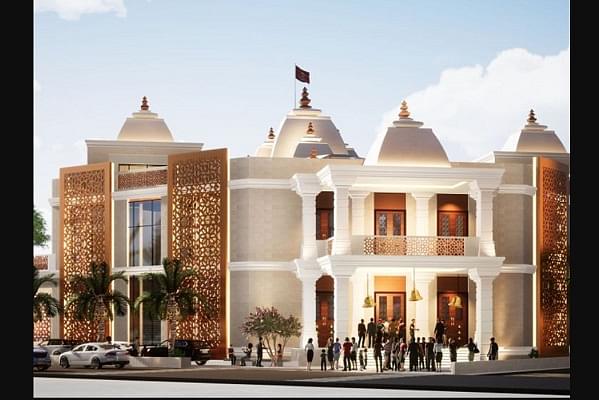 A new Hindu temple in Dubai, the foundation stone of which was laid last August amidst the pandemic, will open its doors to worshippers by Diwali next year, according to media reports.

The temple, being constructed adjacent to the Guru Nanak Singh Darbar in the city's Jebel Ali area, is an extension of the Sindhi Guru Darbar in Bur Dubai, according to the Community Development Authority, Dubai.

The Sindhi Guru Darbar Temple is one of the oldest Hindu temples in the country, open since the 1950s.

Speaking to Gulf News on Sunday, Raju Shroff, one of the trustees of the temple, said: "This temple bears testimony to the open-mindedness of the leaders of the United Arab Emirates and Dubai.

"The journey from a quaint one-room temple in the 1950s to the 70,000 square feet, purpose- built temple and Community Centre could not have been possible without the generosity and open-mindedness of the Rulers of the UAE, and the overwhelming support of CDA, Dubai."

According to a Khaleej Times report, the temple will be home to 11 Hindu deities.

Shroff was quoted as saying in the report that the temple will "cater to religious beliefs of Hindu communities belonging to all parts of India".

He added that the temple's architecture will have a distinct Arabian look.

The Gulf news report said that the actual structure will cover 25,000 sq ft. of land, while the built up area of the temple stands at a spacious 75,000 sq ft.

There's also a 4,000 square feet banquet hall that can accommodate a gathering of 775 people approximately, and a smaller 1,000 square ft. multipurpose room for events up to 100 people.