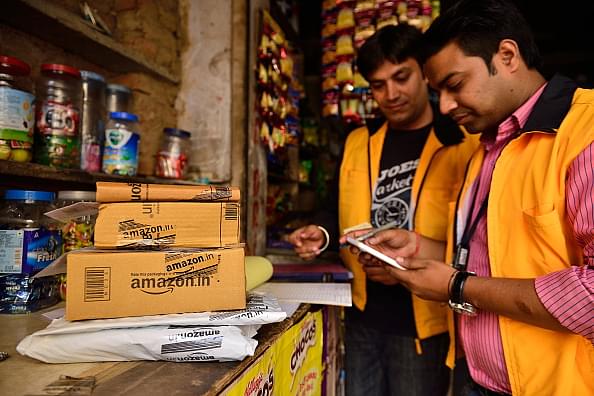 Online retailing giants Amazon and Flipkart, who are each other’s arch rivals for domination of the Indian market, have joined hands to lobby the government against new e-commerce regulations which can hamper both their expansion plans, reports The Indian Express.

One of their demands is that 1 February deadline for implementing the new rules be moved back.

The new regulations require e-commerce platforms to treat all sellers equally, which essentially means that foreign companies will not be able to showcase exclusive items on their platforms, and these e-commerce companies will no longer be allowed to own inventory, debilitating their ability to influence prices and offer large discounts.

“They are campaigning together against the new rules because these companies have over $20 billion at stake in the Indian market,” said New Delhi based analyst at Forrester Research Inc. Satish Meena.

American shopping chain Walmart last year acquired Flipkart for a total of $16 billion. Both Amazon and Walmart owned Flipkart source a lot of their inventory through companies which they own or are partners with.

The new regulations were declared by the government last week, coming a few months before the Lok Sabha elections, likely keeping in mind votes of small physical retailers who are being decimated by the rise of e-commerce. These small retailers have alleged that e-commerce companies are using unethical practices to corner market share.