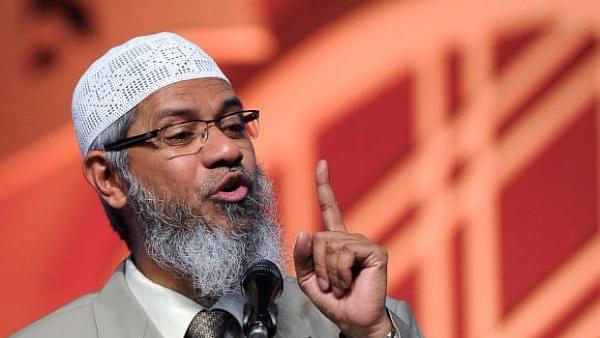 The Enforcement Directorate (ED) on Monday (23 September) put up a plea before a Mumbai special court to declare controversial Islamic preacher Zakir Naik as a fugitive economic offender, The Economic Times reported.

The application was filed before the Prevention of Money Laundering Act (PMLA) Court seeking to identify Naik as a fugitive economic offender under Fugitive Economic Offenders Act. The court has accepted the plea and scheduled the first hearing on 30 September.

Naik who is accused of allegedly laundering money to the tune of Rs 193 crore is believed to be hiding in Malaysia since he fled India in 2016.

The ED booked him in 2016 on an FIR filed by the National Investigation Agency (NIA) under the Unlawful Activities Prevention Act (UAPA). The controversial preacher is wanted by authorities for alleged money laundering and inciting extremism through hate speeches.

On Wednesday (18 September), the court in Mumbai issued a non-bailable warrant against Naik in the money laundering case.

According to the ED officials, under the FEOA, any person against whom an arrest warrant has been issued in respect of a scheduled offence and who has left India to avoid criminal prosecution or is abroad or refuses to return to India will face criminal prosecution.

After the person is declared a ‘fugitive economic offender’, the prosecuting agency is vested with the power to confiscate all his assets and properties to recover the dues.

Naik is a known hate preacher whose name prominently figured during the Dhaka bomb blasts in July 2016 that killed many. A bomber later confessed that he was influenced by Naik's messages.