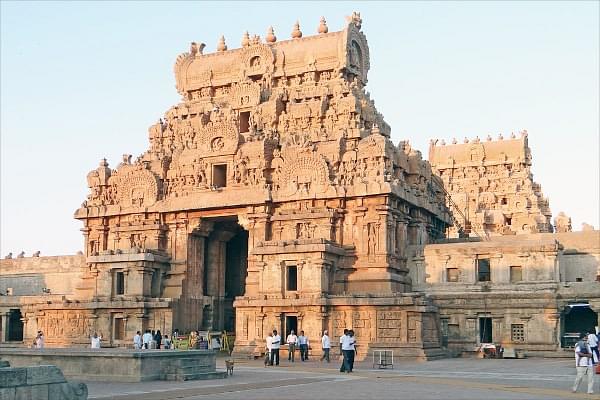 A group of archaeologists of Sellikudi village in Pudukkottai District have unearthed a five-foot-tall inscription belonging to Chola inscription reports The Times of India.

The inscription is reported to praise Tamil renowned merchant guild Thisaiayiraththu Ainnurruvar. Based on the style of engraving, archaeologists said that it should date back to the eleventh and twelfth century.

The inscription was found engraved on all four sides and bore an emblem into the surface. The first few lines of the stone though found in Grnatha script followed by inscriptions in Tamil praising Thisaiayiraththu Ainnurruvar.

Members of the merchant group, known for having ties with Asian Nation serving as ambassadors between kingdoms and they are said to have enjoyed royal rights owing to their vast trade expertise.

The seven lines of the inscription start with an invocation of god and subsequently speaks about the members of the Ainnurruvar merchant and their background. The keywords such as 'Chetti Seerputhiran' and 'Kavarai' was helpful in deciphering the inscription TOI quoted A Manikandan, founder of Pudukottai Archeological Research Forum.

Names of some soldiers also find mention in the inscription. 'Pathinen kod pasha veera singan' and 'Paavadai veeran' are soldiers who are believed to escort the merchants as the trade then involved precious and luxurious commodities.

The inscriptions are believed to be from the times of Rajendra Chola I, since 'pazhiyali kallidaikodi thalai' are titles given to chieftains during his reign says, archaeologists. The Archeological Survey of India has been informed of the discovery.