End Of An Era: Indian Railways To Remove Iconic Weighing Machines From Its Stations In Maharashtra 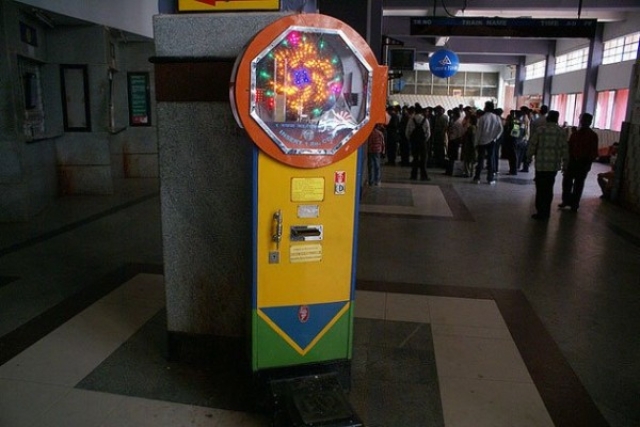 Iconic weighing machines will now be removed in Maharashtra ( Twitter )

Indian Railways is planning to remove all weighing machines on its railway platforms in Maharashtra, Financial Express has reported. These machines decorated with lights, rotating disks and music were introduced by Indian Railways in the 1950s. The Indian Railways had been charging an anna (6.25 paise) to two rupees until recently.

“One of the fondest memories of my childhood while visiting the railway stations was using the weighing machines. My father used to buy a railway ticket for four annas between Chhatrapati Shivaji Maharaj Terminus and Thane and would get me the ticket from the weighing machines. Even after taking charge as general manager, seeing the machines would always bring back fond memories,” retired member (engineering), Railway Board Subodh Jain told Hindustan Times.

The card-ticket weighing machines have now been edged out by electronic weighing machines. Thus, the railways have moved in to remove these machines which have fallen into disuse. Some of the old machines were recently removed along with old furniture in Maharashtra.