Enter The Crew Dragon: One More Milestone For SpaceX As Company Capsule Successfully Docks With ISS 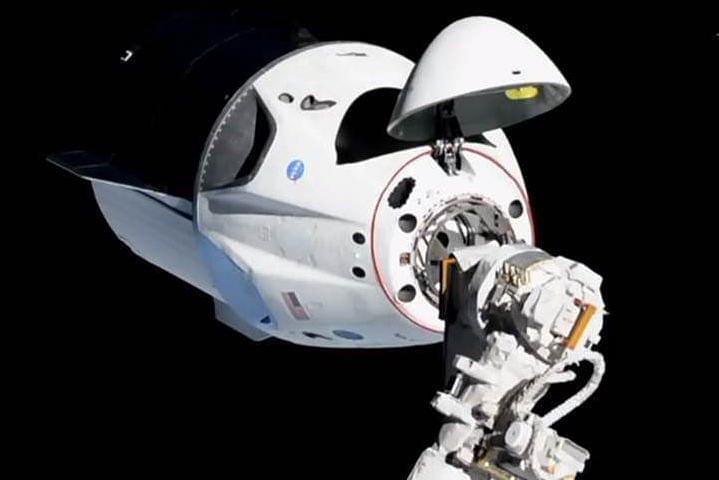 The unmanned Crew Dragon capsule launched by the American aerospace company SpaceX on Saturday (2 March) achieved a milestone when it successfully docked with the International Space Station (ISS) on Sunday (3 March).

The spacecraft has been designed to carry up to seven passengers to the space station. However, for this test flight, it was loaded up with some cargo and a test dummy wearing one of the SpaceX’s customised spacesuits, NBC News has reported.

According to the report, if the six-day demo goes well, SpaceX could launch two astronauts this summer under NASA's commercial crew programme. While SpaceX has earlier sent cargo to the space station, Crew Dragon is different in the sense that it docked autonomously, instead of relying on the station's robot arm for help.

Capture confirmed! After making 18 orbits of Earth since its launch, @SpaceXâs #CrewDragon spacecraft successfully attached to the @Space_Station via âsoft captureâ at 5:51am ET while the station was traveling just north of New Zealand. Watch: https://t.co/oJKHgK8eV7 pic.twitter.com/xO1rU5cAMM

Crew Dragon was developed by SpaceX in partnership with National Aeronautics and Space Administration (NASA) to help the US space agency replace its space shuttle fleet.

NASA retired its space shuttle fleet in 2011 and is, since then, relying on Russian rockets and space capsules to ferry its astronauts to and from the space station. The reliance on Russia is costing NASA a fortune, as the space agency is reportedly shelling out $80 million per journey.

NASA, in 2014, awarded combined contracts to SpaceX and rival Boeing worth up to $6.8 billion to build a pair of new spacecraft to ferry astronauts to and from the space station. The two companies were chosen by the space agency in order to ensure safe, reliable and cost-effective access to space while avoiding the perils of one provider having monopoly. Boeing’s CST-100 Starliner capsule could undergo its first uncrewed test flight in April.