Eyes On The Enemy: ISRO To Launch Satellite That Will Monitor All Nefarious Designs By India’s Adversaries 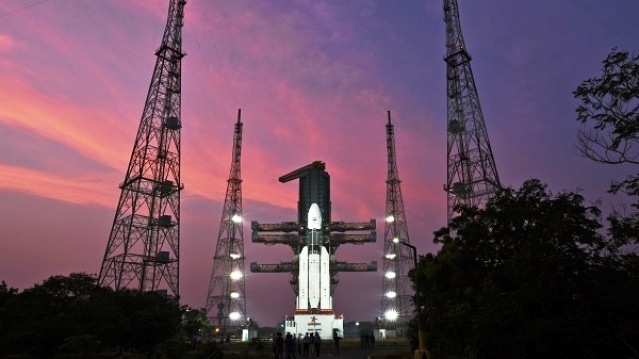 India’s apex space agency, ISRO, will launch the advanced electronic intelligence satellite EMISAT on 1 April (2019) which will help in sniffing out enemy radars and for collecting imagery and communication intelligence, reports Times of India (TOI).

The 436-kg satellite, developed by the Defence Research and Development Organisation (DRDO) will be placed in the 763-km orbit. It will help India’s intelligence agencies monitor hostile countries in its neighbourhood.

Describing the capabilities of the satellite, former DRDO scientist Ravi Gupta told TOI that “Military satellites like EMISAT have three key characteristics: they help monitor the activities of enemy radars and sensors deployed along the border, know the exact topography of enemy areas and find out how many communication devices are active in an area.”

He added that “electronic satellites also help security agencies know how many communication devices like cellphones are active in an area.” It should be noted that surveillance by National Technical Research Organisation (NTRO) helped armed forces know that 300 mobile phones were active in the Jaish-e-Mohammad (JeM) terror training camp in Balakot.

EMISAT will be launched aboard ISRO’s PSLV-C45 along with 28 foreign satellites, including those from the US, Lithuania, Spain and Switzerland. The launch of PSLV-C45 at 9.30 am on 1 April is also important because, for the first time in India’s space history, a PSLV launch vehicle will release payloads in three orbits.