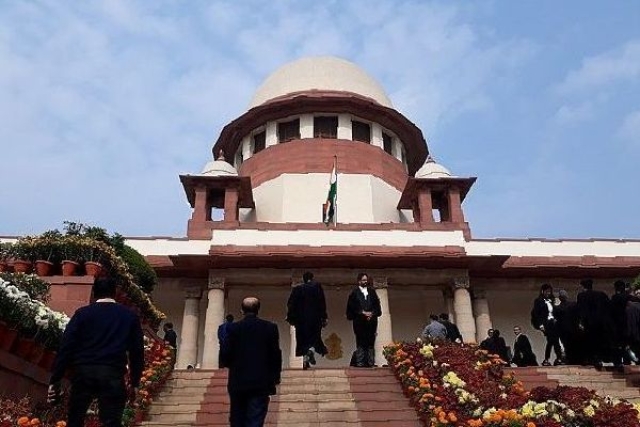 In a move to reduce the burden on the judiciary, the Supreme Court has decided to constitute single judge benches to decide matters related to bail, transfer of cases and other matters.

Earlier, matters were being heard by a bench of not less than two judges. But now, the single judge benches can hear special leave petitions arising out of grant, dismissal or rejection of bail applications or anticipatory bail applications in the matters related to those offences punishable with a sentence up to seven years imprisonment.

A minor change has been made to deal with appearance of advocates, with a new proviso stating: "Provided further that whenever an advocate whose name is entered on the rolls of any State Bar Council maintained under the Advocates Act, 1961 wants to appear and argue the case in person, he shall be exempted from the requirement of interaction by the concerned Registrar."

A change has also been made to Order XXI, Rule 6, which states that the petitioner of a Special Leave Petition (Civil) shall file at least three spare sets of the petition and accompanying papers. Under the changed rule, the petitioner shall initially file only one spare set of the petition and of the accompanying papers and when the matter is re-filed after removing the defects, the Advocates-On-Record or Parties appearing-in-person shall submit at least three sets of paper books along with set of original papers, with the declaration that the paper books are complete in all respects.

Recently, the Centre has increased the number of judges in the Supreme Court to 34 to reduce pendency, observing that inadequate strength of judges is one of the prime reasons for the backlog of cases in the top court.

The Chief Justice of India was finding it difficult to constitute five judges bench on a regular basis to hear cases involving substantial questions of law and the interpretation of the Constitution as it was resulting in setting up a lesser number of division benches which would delay the hearing of other civil and criminal matters.