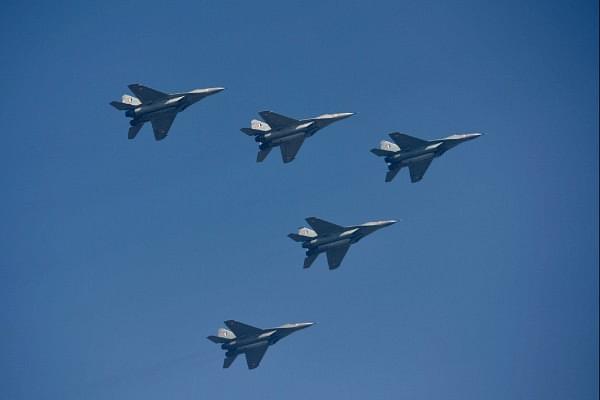 Considering the high rate of depletion of its numerical strength, the Indian Air Force (IAF) is looking to buy an additional 21 Russian made MiG-29 ground attack and air defence, reports Hindustan Times.

As of now, IAF maintains three squadrons of the MiG-29s which are positioned along the western border. The naval variants of the same MiG-29s are on board the aircraft carrier INS Vikramaditya. A team of IAF officials rushed to Russia earlier to examine the fleet of MiG-29s.

A senior official said that Russia has promised to deliver all the 21 fighters in the next 18 months, with the air frames already available.

The 4.5 generation fighters cost around Rs 285-300 crore each. MiG-29s, with additional fuel tanks, are capable of enduring as much as five hours of flight time at one go. With the setting up of a repair and maintenance facility in Ozhar, Nashik, at least 75% of the Mig-29s, at any given point, can be kept available to operational deployment.

To withstand a potential two front battle with its hostile western and northern neighbours, India needs a minimum of 42 squadrons. But, as of now, there are only around 30 squadrons.

With the ever ageing MiG-21s running way beyond their service expiration, a few more squadrons are expected to be decommissioned soon. The French made Rafales -- the medium multi role combat aircraft-- will start arriving from September this year. Rafales will make up two squadrons by 2022.