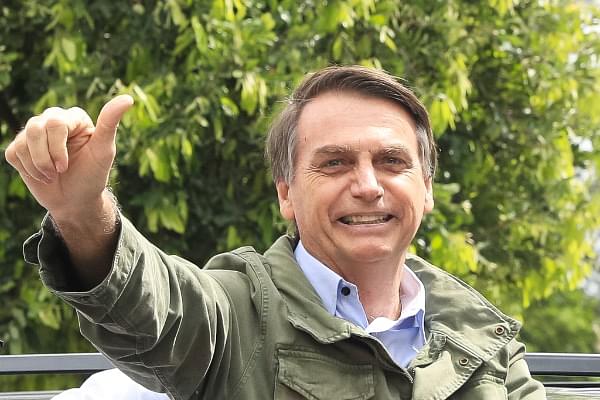 Following massive a massive anti-corruption sentiment in the country, Brazilians elected Jair Bolsonaro as its President on Sunday (29 October). The 63-year-old army captain, widely considered to be sympathetic to the right-wing ideologies, received more than 55 per cent of the votes, as reported by Washington Post.

This win for Bolsonaro, in the hotly contested presidential elections, signals a shift from the leftist politics that had gripped Brazil since the end of Cold War-era military dictatorship. He defeated a left-leaning candidate, Fernando Haddad.

“We have everything need to become a great nation,” said the President-elect after his win. “Together we will change the destiny of Brazil.” In the past few years, Brazil witnessed the unravelling of corruption scandals, extending up to the President's office, along with rising crime levels and economic recession.

Bolsonaro now joins the list of conservative leaders who are charting new paths in Brazil’s neighbourhood: Argentina, Chile, Peru, Paraguay and Colombia. Many right-wing parties have won widespread support in countries as diverse as the USA, European ones like Hungary and Italy and a developing one like India.

The President-elect ran on a campaign that centred on reducing corruption and driving down Brazil's high crime levels. Brazil was earlier ruled by the leftist Workers’ party between 2003 to 2016.