First Batch Of 11 Afghan Sikhs, Including One Abducted From Gurudwara Last Month, Arrive In India 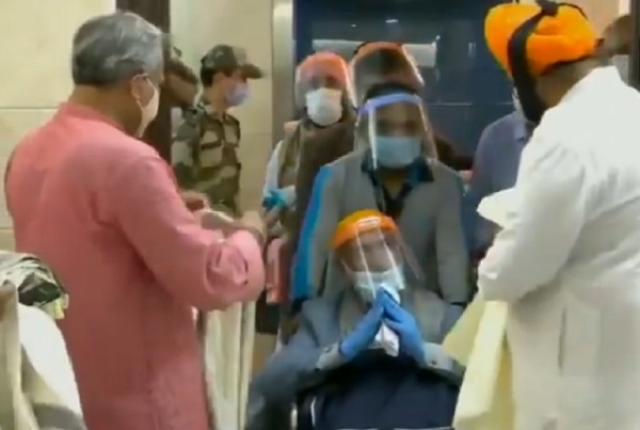 In a major development, eleven members of the Sikh community from Afghanistan who were granted short-term visa by the Indian Embassy in Kabul, arrived in New Delhi on Sunday (26 July), reports Hindustan Times.

The incoming delegation also includes Nidan Singh Sachdeva who was abducted from a Gurudwara in Paktia province of Afghanistan last month.

#WATCH Nidan Singh (Afghan Sikh who was kidnapped a month ago and released recently) arrives in Delhi along with his family and a delegation of Afghan Sikhs. pic.twitter.com/3tLItqa4UC

This is the first batch of the incoming persecuted Afghani minorities after the recent announcement by Amit Shah led Home Ministry to approve the long term visas of 700 Sikhs and Hindus from Afghanistan.

Many members of the Sikh community are currently seeking refuge in the Kabul Gurudwara after fearing for their safety. The targeting of the community though has continued after a Nidan was abducted in June while he was going to a Gurudwara to perform sewa.