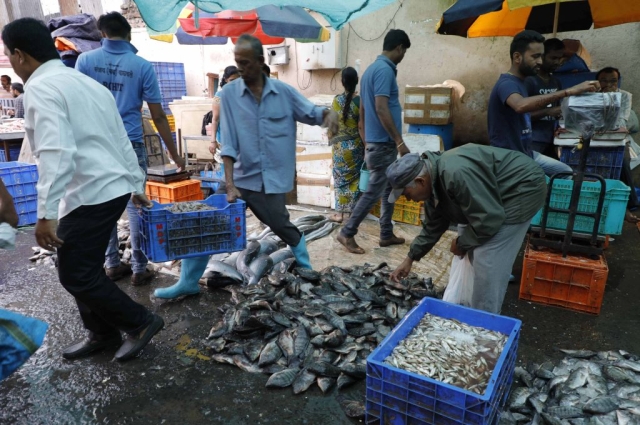 Image for representation only. (Photo by Rahul Raut/Hindustan Times via Getty Images)

Since Goa has not been allowing trucks containing fish at the Majali check-post, the supplies have hit a roadblock, causing tremendous worry for those traders at Malpe Fisheries Harbour.

A kilo of Anjal fish (seer fish), which normally sells for Rs 600, is selling now at half the original rates, due to excessive stock in the markets. Pomfret (black) is now available at just Rs 250 per kilo and the white pomfret is costing around Rs 500, Rs 200 cheaper than normal.

The New Indian Express quoted Satish Kunder, President of Malpe Fishermen Association as saying, “The Food Safety Officer of the local health department tested the samples twice in Malpe in July and the results were negative. About 10 days ago, our lorries laden with fish were stopped by the Food Department officials of Goa.”

The reason for not allowing the supply of fish is due to the concern of Food Department officials of Goa that the supply might be having formalin in them. Several other unions in Karnataka are blaming the trade lobby in Goa for the blockade. Despite several tests being conducted prior to the fish being dispatched, this is being done, alleges Yashpal Suvarna, the president of Fish Marketing Federations of Dakshina Kannada and Udupi.