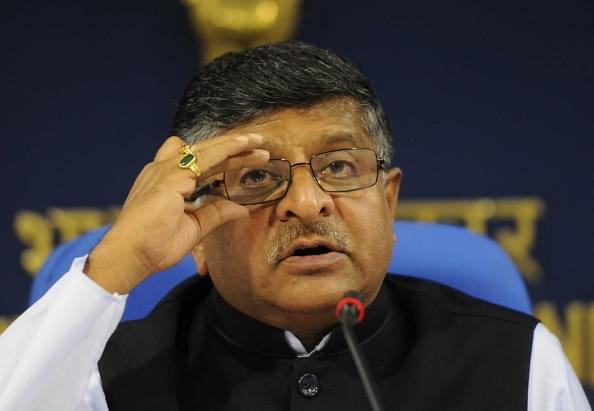 Under fire for citing cinema box-office collections to negate economic slowdown in the country, Union Minister Ravi Shankar Prasad on Sunday (13 October) withdrew his statement and clarified that he made the comment as he was in Mumbai, which is the film capital of India and "provides employment to lakhs of people and contributes significantly by way of taxes".

At a press conference in Mumbai on Saturday (12 October), Prasad was asked to comment on the economic slowdown. The Minister replied, "I was Information and Broadcasting minister in former Prime Minister Atal Bihari Vajpayee's government and I am fond of movies. Movies have been doing huge business. Three movies were released on 2 October and film critic Komal Nahta told me that the national holiday saw them earning Rs 120 crore. Rs 120 crore comes in a country, which has a sound economy."

While Congress called the remark "ill-informed" and "insensitive", the social media was quick to train its guns on the Minister, whose name was also among the top trends on Twitter.

"Being a sensitive person, I withdraw this comment," said Prasad on Sunday but alleged that it was "completely twisted out of context". A statement released by his office said, "My comments made yesterday in Mumbai about three films making Rs 120 crore in a single day -- the highest ever -- was a factually correct statement."