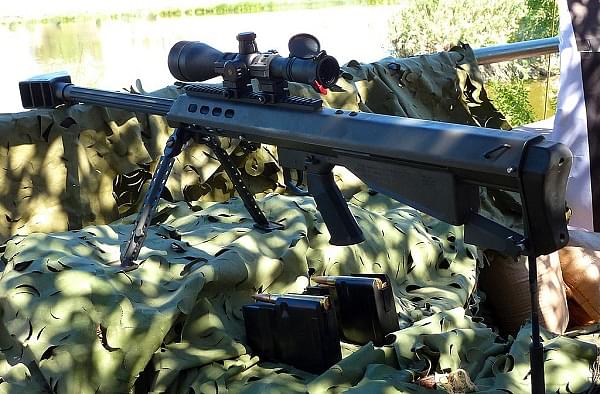 Representative image of a sniper rifle (Pic by Outisnn via Wikipedia)

Even as the government continues to push for greater indeginisation in the defence industry, a private Bengaluru-based company, SSS Defence has developed two sniper rifle prototypes to meet the requirements of the Indian Armed Forces, reports The Economic Times.

According to the company, the accuracy indicator Minute of Angle, was the best for both rifles in their class. The firm’s managing director Satish R Machani revealed that the weapons had already undergone successful testing in the US.

Due to the lack of indigenous production of sniper rifles, the Indian Army till date has had to rely on foreign imports to meet such requirements; it currently has in use sniper rifles from a number of countries including Germany, Russia, the United States, and others.