For The Payee, In The Name Of Vajpayee: PM Modi Releases Rs 100 Commemorative Coin In Memory Of Late Leader 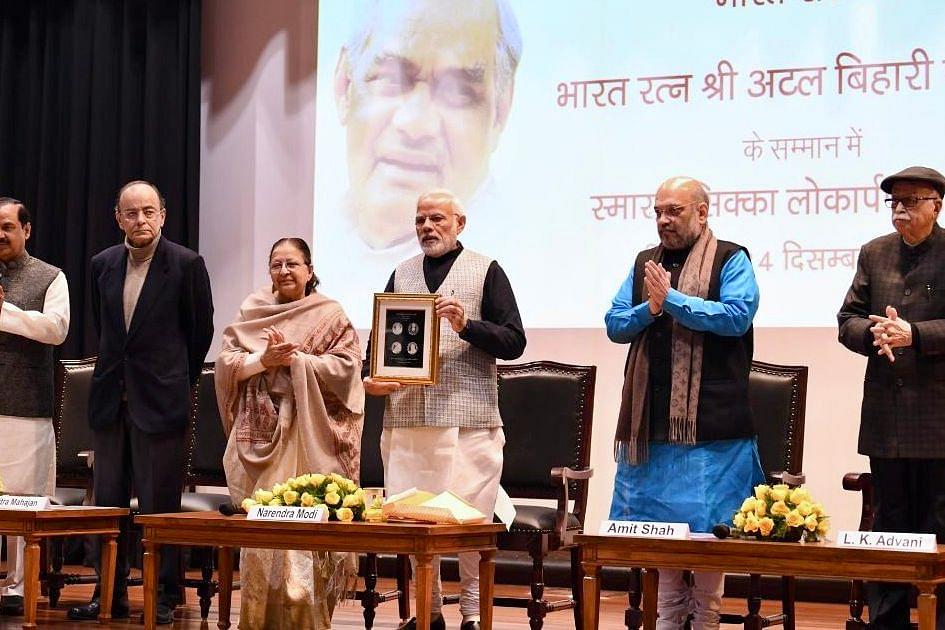 Prime Minister Narendra Modi on Monday (24 December) released a Rs 100 commemorative coin in the memory of former prime minister Atal Bihari Vajpayee on the eve of his 94th birth anniversary, reports The Tribune.

Vajpayee died on 16 August, at an age of 93, earlier this year following prolonged illness at the All India Institute of Medical Science (AIIMS), New Delhi.

Modi, during his speech, said “for some, power is like oxygen-they could not live without it, Vajpayee spent a long part of his career in the opposition benches raising issues of national interest.”

"My mind is not ready to believe that Vajpayee is no longer alive; though he was away from public glare for nearly a decade due to ill health, the way people gave him a farewell on his demise showed the mark he had created in people’s minds," he added.

PM Modi is scheduled to visit Vajpayee’s memorial on Tuesday (25 December) to reiterate his commitment to the ideology and path shown by former prime minister.