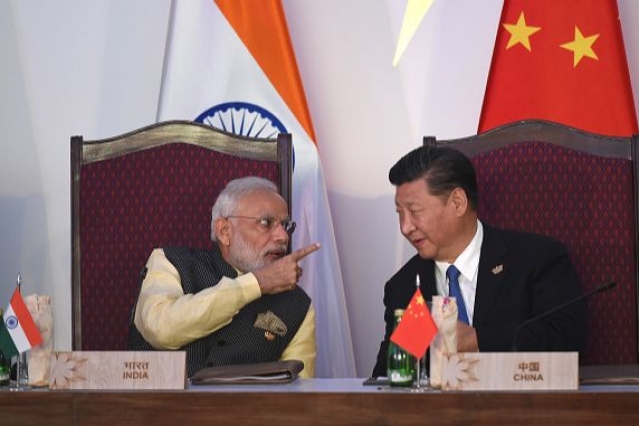 In a positive development, India's "strong and sustained" pushback against Chinese expansionist adventurism along the Line of Actual Control (LAC) in Ladakh has drawn praise from several foreign diplomats posted in India, reports Sunday Guardian.

As per the report, the foreign diplomats feel that India's handling of the Chinese aggressiveness has greatly enhanced India's image as a 'strong' nation.

Speaking to Sunday Guardian in off the record fashion, diplomats are said to have emphasised that by taking the Chinese head-on and occupying key positions at the borders which were earlier not under their control, Indian strategists have proven their mettle, both diplomatically and militarily.

A diplomat from an Asia-Pacific nation shared, "India’s decision to match every move the Chinese are making has come as a surprise. The assessment of our intelligence wing, too, was that India will take a few steps back if the situation is not resolved by June end. Clearly, the assessment has not matched what has actually happened on the ground. We see this ‘event’ as a very significant one as China’s attempt to turn Asia into its territory has been stopped. India’s strategic image has ‘moved’ up several notches due to the way it has handled China."

Sharing similar views, defence attache of a European nation stressed that the banning of Chinese apps by India had hurt China's pride and will encourage other countries to take similar steps in the near future, even if it may not hurt China much on economic terms.

He also added, "China believes in ‘pushing ahead’ like a battering ram. India, which till now was passively resisting this ram, is now actively and very loudly derailing it. Strategists in China, from what we have gathered, were not hoping that India would respond the way it did."

He also shared that India's decision to deploy the Special Frontier Force (SFF) which comprises of men of Tibetan origin came as a 'surprising' and 'pleasant' development. Calling it a very strong message to China and the world.