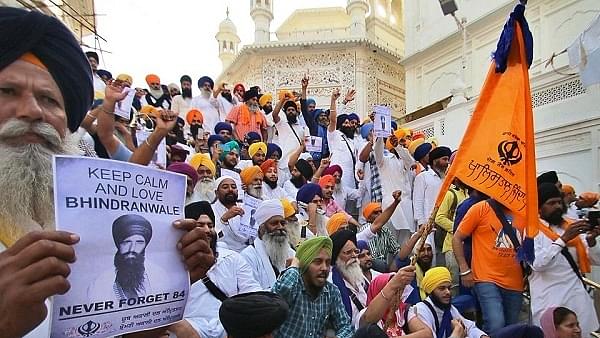 The National Investigative Agency (NIA) has claimed in a chargesheet that ‘Sikhs For Justice’, a US-based separatist outfit, conspired to illicitly provoke the Sikh personnel and amplify its demand for Khalistan. The organisation planned to incite the concerned people in the forces to raise a rebellion against the country.

Moreover, SFJ leader Gurpatwant Singh Pannun along with Khalistan Tiger Force chief Hardeep Singh Nijjar and Babbar Khalsa’s international head Paramjit Singh have been accused to have openly lent support for the secession of Kashmir from India. They are even said to have tried to radicalize the youth in the region for this purpose. The NIA declared SFJ to have links from Pakistan as the frontal organization of Khalistan terrorist outfits.

The group has been banned as an ‘unlawful association’ under the Unlawful Activities Prevention Act (UAPA) and is intensely campaigning for its pro-Khalistan ‘Referendum 2020’ agenda in multiple social media platforms. The SFJ operates under the veil of a ‘human rights advocacy group’ in different countries such as UK, US, Canada and Australia.

“Under this (Referendum 2020) campaign, numerous social media accounts on Facebook, Twitter, WhatsApp, YouTube channels and a number of websites have been launched, which are being used to propagate sedition as well as enmity on the grounds of region and religion, to radicalise impressionable youth, to cause disturbance to peace and harmony and to raise funds for terrorist activities,” the NIA said.

The agency identified 16 foreign-based patrons of the SFJ. Amongst them, Pannun (New York), Nijjar (Canada) and Paramjit ‘Pamma’ from UK were already listed as ‘individual terrorists’ under the UAPA in July. The Home Ministry has even ordered for the attachment of immovable properties belonging to Pannun in Amristar and Nijjar in Jalandhar after they were identified by the NIA.