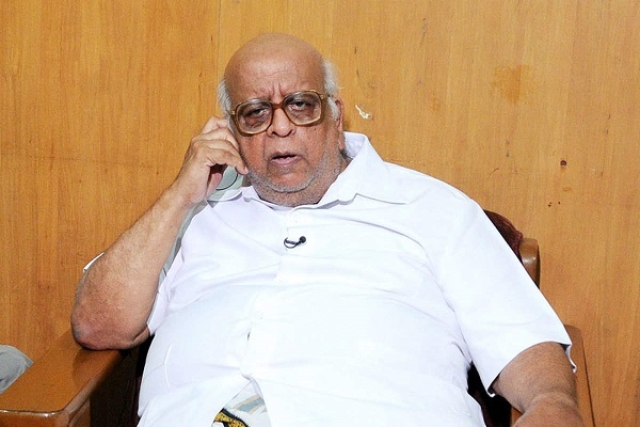 Seshan was a recipient of Ramon Magsaysay Award for government service in 1996.

Tirunellai Narayana Iyer Seshan, former cabinet secretary and chief election commissioner of India, passed away today at his residence in Chennai. He was 86.

During his stint as election commissioner, Seshan is widely credited with cleaning up the Indian elections by waging a relentless battle against electoral malpractices in the country. Seshan was a recipient of Ramon Magsaysay Award for government service in 1996.

An Indian Administrative Service officer, he was appointed as the 18th Cabinet Secretary of India in March 1989 by the then Prime Minister Rajiv Gandhi. He had previously served as the defence secretary of India. Though Seshan was demoted to a member of the Planning Commission by Rajiv’s successor V.P Singh, Singh’s successor Chandra Shekhar elevated Seshan as the head of the Election Commission.

Seshan was hailed for his efficiency in enforcing the Model Code of Conduct and clamping down on exorbitant election spending.

It was during Seshan’s stewardship that the practice of appointing special election observers in all states was instituted to monitor election process and flag electoral malpractices like inflammatory campaign speeches, voter intimidation, booth-capturing vote-stealing and other tactics that involved use of money and muscle power to influence electoral outcomes.

In an unprecedented move in 1994, Seshan demanded that the then Prime Minister P.V Narasimha Rao remove two of his sitting Cabinet ministers, then Welfare Minister Sitaram Kesari and Food Minister Kalpnath Rai, for violating election model code of conduct by inducing the voters with monetary incentives.

Seshan contested the 1997 election for President of India opposing the eventual winner, K.R. Narayanan. He managed to secure the support of only one party- Shiv Sena. Narayanan secured over 956,290 votes while Seshan finished with paltry50,631 votes

Seshan later joined the Congress party and was fielded against BJP stalwart L.K Advani in Gandhinagar Lok Sabha seat in 1999 Lok Sabha election. Advani won with a margin of close to 2 lakh votes.