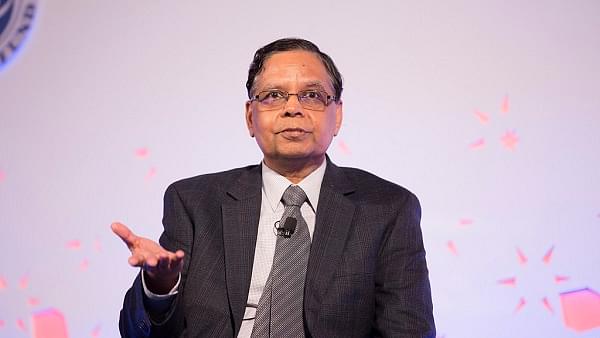 Noted economist and former vice chairman of NITI Aayog Arvind Panagariya today (2 April) criticized Rahul Gandhi’s NYAY scheme for lacking “incentive compatibility” and added that the results of the upcoming elections will be similar to that of 2014, with Prime Minister being re-elected ‘again,’ reports ANI.

“Scientifically, we should wait for the poll results, but I have seen that even their results are mostly not true. If I give my analysis on this, then in 2019 Lok Sabha election, approximately the same result will come out as it was in 2014. Prime Minister Narendra Modi will win again with almost the same majority,” Panagariya said in an interview.

Commenting on NYAY scheme which aims to transfer Rs 72,000 per year to the bank accounts of the 20 per cent of the most impoverished families in the country, he said, “There are a lot of hurdles in this NYAY scheme. In total, they will need Rs 3.6 lakh crore for this scheme, which is 13 per cent of the total budget of the central government. Nobody has said how they will get this much money to implement this scheme. This is even more than our Defence budget.”

It should be noted Congress President Rahul Gandhi was advised by economist and former RBI governor Raghuram Rajan on the scheme.

Pangariya also took a shot at the inability of various Congress-led state governments to fulfil their poll promises. “They (Congress) had said that they will waive off loan of farmers in Rajasthan and Madhya Pradesh within 10 days after coming into power in these states. But they have still not done it.”

Stating that the voters had “confidence in him (Narendra Modi) on the basis of his work,” Pangariya added that the Opposition had no “has no candidate who can take a stand. Congress is the only national party, however, it has not rebuilt itself in last five years the way it should done. Still brand name politics is going on – Nehru and Gandhi. Also, they have not rebuilt any national policy agenda.”