Four Injured After Being Run Over By BMW; Owner Blames Her Dog For Accident 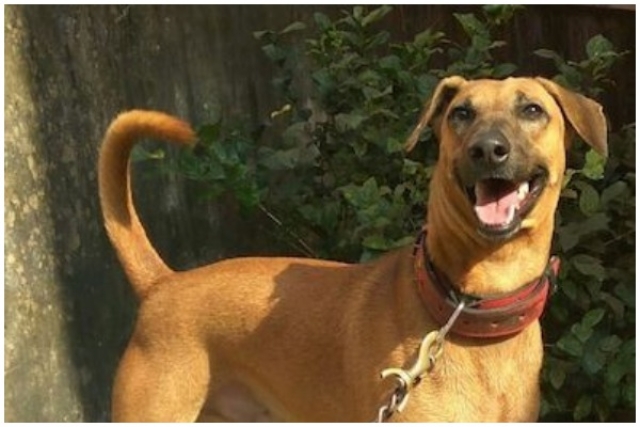 Image courtesy dogspot.in Combai dog breed found in the foothills of Western Ghats of South India to be used by CRPF

A boutique owner ran over four people in Delhi's Amar colony area causing injuries but when confronted by Delhi Police team, she blamed her dog for the accident.

The incident which was reported on Friday (1 August) night near Sapna Cinema in East of Kailash when a speeding BMW rammed into an ice cream cart injuring four people. The injured were identified as Mukesh Kumar, Sapna Kumari, Guddu and Harshit Kaur. Harshit Kaur received wound in her ankle.

During the course of investigation the offending car was seized and 29-year-old Roshani Arora, a resident of Faridabad, Haryana was arrested in the case. To rule out consumption of alcohol by the accused, her medical examination was conducted, where no alcohol was found.

However, the woman alleged that its her dog which has to be blamed for the accident.

"On interrogation the accused stated that while she was eating ice cream sitting inside her car, her dog jumped and the gear of the car was changed and incident happened," said R.P. Meena, DCP South East Delhi.