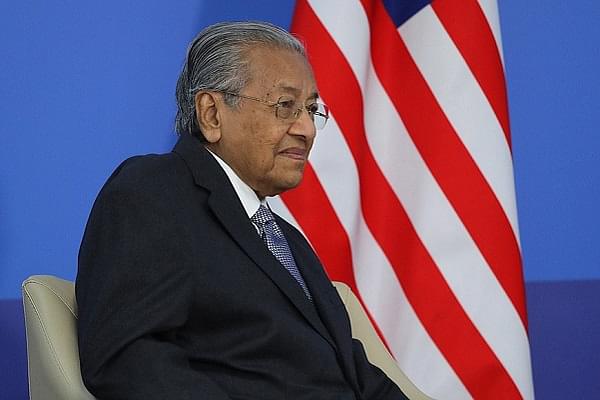 The former Malaysian PM sparked an uproar when he said on Thursday that Muslims have a "right to be angry and to kill millions of French people".

France's junior digital affairs minister Cedric O on Thursday (29 October) night said he had a word with Twitter's Managing Director in France and called for the immediate suspension of Mahathir's official account.

"If not, Twitter would be an accomplice to murder," the minister said on social media platform.

Just a few hours after another French person was beheaded by an "Allah hu Akbar" sloganeering terrorist in France's Nice city, Mahathir in a series of tweets on Thursday strongly justified the violent reaction of Muslims to the Charlie Hebdo caricatures of Prophet Mohammad.

The former Prime Minister of Malaysia warned France, "Since you have blamed all Muslims and the Muslims' religion for what was done by one angry person, the Muslims have a right to punish the French. The boycott cannot compensate the wrongs committed by the French all these years."

In the rest of his Twitter thread, he expressed disdain for the Western culture.