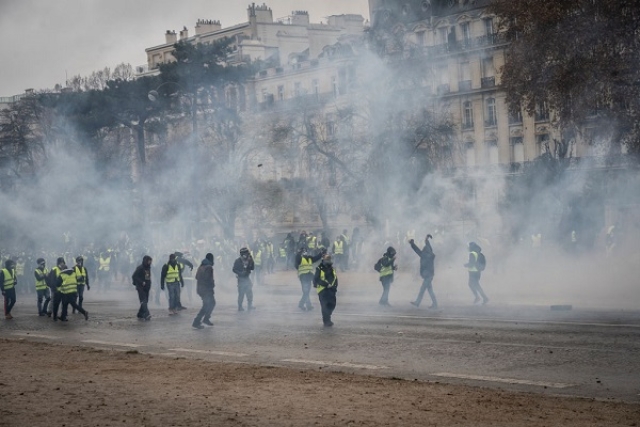 French President Emmanuel Macron has completely abandoned a previously planned fuel-tax increase in a further climb down from an earlier decision agreeing to delay its implementation for six months in response to violent protests in Paris.

Prime Minister Edouard Philippe told French lawmakers on Wednesday (5 December) that “the tax is now abandoned” and will not be included in the 2019 budget, the Associated Press reported.

Philippe on Tuesday (4 December) had announced a six-month moratorium on a planned increase in fuel tax which was due to come to effect on January 2019. He also put on hold the decisions to hike regulated electricity and gas prices and new vehicle norms targeting users of old, polluting diesel cars.

He hoped that the measure would "bring calm and serenity back to France. “No tax warrants putting the unity of the nation in danger,” said Philippe after briefing lawmakers in a closed-door meeting in Parliament. “One would have to be deaf and blind not to see or hear the anger,” he added.

The climb down was seen as an attempt by the beleaguered Emmanuel Macron led French government to quell three weeks of violent protests and rioting by the Yellow Vests movement which engulfed the country.

The demonstrations, which began on 17 November, took a turn for the worse last weekend with more than 130 people were injured and 412 arrested in rioting in Paris. Shops were looted, and cars were set ablaze in upscale neighbourhoods including the famed Champs Elysees avenue.

Since its inception, this protest has shaped into an anti-Macron uprising. Macron is increasingly perceived as an elitist who is out of touch with ordinary people in the provinces.

As per a latest survey, 72 per cent of the French back the demands of the ‘Yellow Vests’ movement while Macron’s own approval rating plunged to 23 per cent.

The earlier decision to suspend the planned fuel tax increases for six months was expected cost the government $2.3 billion, as per a Reuters report.