From Fraud To Sedition? Rahul Gandhi To Face Charges For His Comments On Masood Azhar 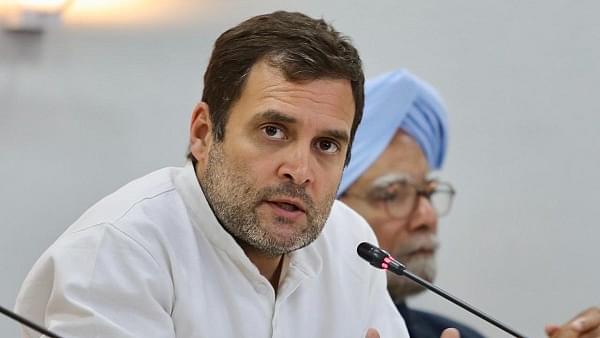 A sedition case has been filed against Congress President Rahul Gandhi for allegedly adding the honorific suffix ‘ji’ to the name of one of India’s most wanted terrorists Masood Azhar, reports Defence News.

Right to Information (RTI) activist Raju Mahanta registered the complaint with the police authorities in Assam's Morigaon district. He stated that the Congress chief had displayed his "anti-India stance by addressing a terrorist with a 'ji'."

According to Pradip Nath, the officer-in-charge of Morigaon police station, an FIR has been registered against Gandhi in the case and investigation is underway.

In a video that went viral on social media on 12 March Rahul Gandhi was seen saying that it was the National Security Adviser Ajit Doval who was present when Masood Azhar was being sent back to Kandahar in December 1999.

In response to this, Bharatiya Janata Party (BJP) tweeted, “Rahul Gandhi's mind is so respectful to the gangster of the terror outfit Jaish-e-Mohammad responsible for the martyrdom of 44 heroic jawans of the country!”

Union Minister Smriti Irani followed this up with the following tweet: "Rahul Gandhi and Pakistan have one thing in common - their love for terrorists."

However, Congress reportedly defended Rahul Gandhi’s statement saying that it was a ‘sarcastic’ comment, implying that the government had helped Masood Azhar escape the country.