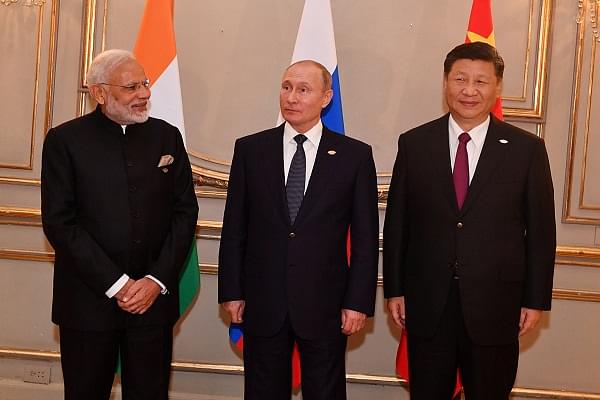 In Buenos Aires for the G-20 summit, Prime Minister Narendra Modi attended several high-profile meetings with world leaders to discuss strategic and economic issues. Modi announced a nine-point agenda at the summit urging countries to work together to suppress the activities of fugitive economic offenders and terror financiers, reports The Indian Express.

Modi met with US president Donald Trump and Japanese Prime Minister Shinzo Abe on the sidelines of the summit to discuss a host of multilateral issues, most notably the strategic Indo-Pacific region which has seen rising Chinese attempts to assert dominance. These were the first-ever trilateral talks between the three countries, and Modi used the acronym ‘JAI’ (Japan, America and India) meaning success in Hindi, to refer to the trilateral meet.

The Prime Minister also participated in the only second-ever trilateral meeting with the Presidents of Russia and China, Vladimir Putin and Xi Jinping respectively. “President Putin, President Xi Jinping and I discussed a wide range of subjects that would further cement the friendship between our nations and enhance world peace,” he tweeted.

In his address at the second part of the G-20 summit, Modi advocated that countries cooperate in sharing financial intelligence and standardising legal procedures which would facilitate the extradition of economic fugitives and the seizure of their assets to meet their tax debts back home.

Modi also addressed an unofficial meeting of BRICS leaders and urged them to collaborate to implement the Financial Action Task Force (FATF) standards and bolster the UN Counter-Terrorism Framework to clamp down on terror networks and their financing, reports Mint.