Gadkari’s Eastern Peripheral Expressway Takes Over 50,000 Trucks Away From Delhi On Day One 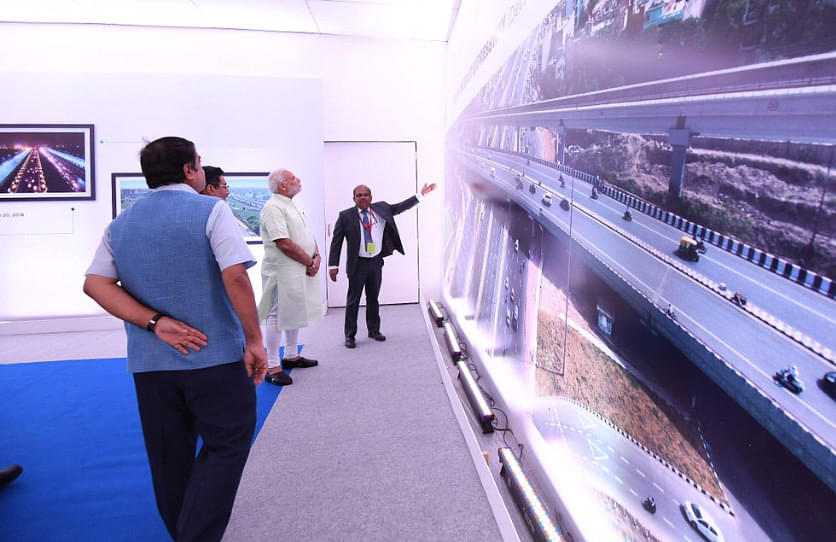 The impact of the 135-km Eastern Peripheral Expressway (EPE), inaugurated by Prime Minister Narendra Modi on 27 May, was felt on day one as it took more than 50,000 polluting trucks away from Delhi, Times of India has reported.

The expressway, built at a cost of Rs 11,000 crore, helped turn away one-third of the 1.5 lakh heavy vehicles that enter the national capital from the east.

Authorities said that the highway, built in a record time of 17 months, will help bring down the level of air pollution and traffic congestion in Delhi. In 2015, the Centre for Science and Environment had said that trucks contribute nearly 30 per cent of the particulate matter emissions by vehicles in the city.

To turn away the trucks which do not intend to travel into the city, the Delhi police has deployed at least 50 personnel along eight border posts on the EPE.

According to the police, it is a challenge for them to turn-around the trucks as the vehicles are often overloaded and drivers intentionally avoid the EPE. Weigh bridges installed around the EPE detect the load, leading to fines. Moreover, the tucks choosing the EPE have to travel 40 kms more compared to the old route.