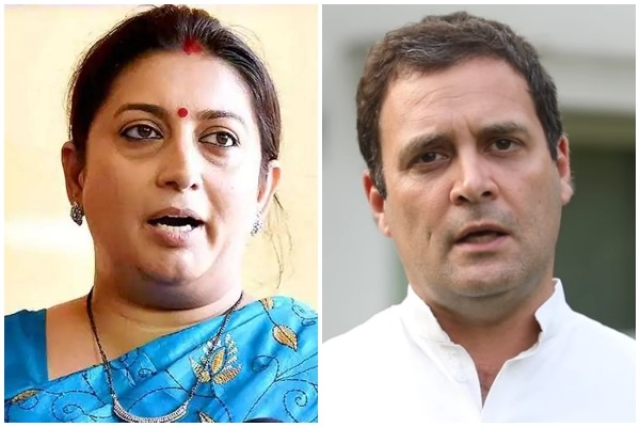 BJP leader Smriti Irani has extended her lead over Congress president Rahul Gandhi to more than 14,000 votes as the Gandhi bastion is likely to fall.

As per Election Commission data, Irani has polled 176,095 votes while the Gandhi scion trails by almost 14,000 votes at 162,065 votes which have been counted till now. The two candidates had faced off in the same constituency in 2014 as well, but Gandhi was able to hold onto his family stronghold by a margin of over a lakh.

Gandhi had been representing the constituency for the last three Lok Sabha terms, so the seat had always been perceived as a safe stronghold for him. However, the Congress president is also contesting the Muslim-majority seat of Wayanad in Kerala, which many had seen as a hedge against the risk of losing in Amethi.