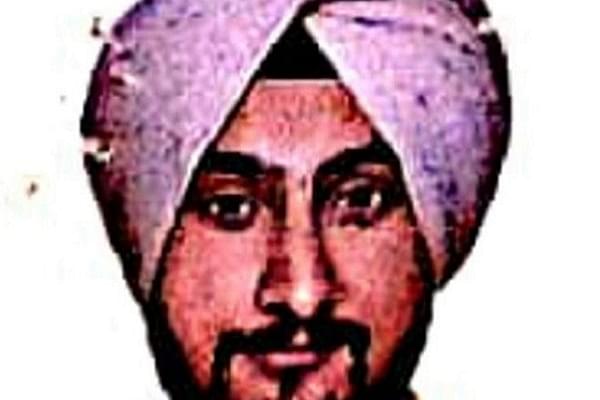 A gangster, who is suspected to be on the payroll of Pakistan's Inter-Services Intelligence in terror activities, Sukhmeet Pal Singh alias Sukh Bhikhariwal was deported from the United Arab Emirates (UAE) to India on Thursday for conspiring in the killing of Shaurya Chakra awardee, Indian intelligence agency said.

He was wanted by the Indian law enforcement agencies -- the Punjab Police and Delhi Police -- for his involvement in the alleged killing of a 62-year old Shaurya Chakra awardee, 'Comrade' Balwinder Singh Singh Sandhu, a former CPI(M) member, who had taken on militants at the height of the insurgency in Punjab in the 1990s. Sandhu was gunned down in his home in Tarn Taran's Bhikhiwind by two unidentified bikers on 16 October.

Soon after he landed at the Indira Gandhi International Airport in Delhi, the country's external intelligence agency Research and Analysis Wing (R&AW) handed over the custody of Bhikhariwal to the Special Cell of Delhi Police, also known as anti-terror unit.

Special Cell had claimed that Bhikhariwal ordered killing of Singh at the behest of Pakistan based Inter-Services Intelligence. However, Punjab Police have not yet confirmed so.

The name of Bhikhariwal surfaced after Special Cell arrested five people following a brief exchange of fire in East Delhi's Shakarpur on 7 December. While two are from Punjab, three belong to Kashmir.

The arrested persons were identified as Gurjeet Singh and Sukhdeep Singh of Punjab's Gurdaspur district and Shabbir Ahmed, Ayub Pathan and Riyaz from Kashmir.

The anti-terror unit led by Pramod Singh Kushwaha claimed that the arrested accused were working on the directions of Khalistan movement leaders sponsored by Pakistan's ISI and had allegedly killed Sandhu on their orders.

In the meantime, Punjab Police stated Gurjeet and Sukhdeep killed Sandhu at the behest of gangster Bhikhariwal, who is also accused of killing an aide of a Hindu leader in Gurdaspur. They have ruled out terror angle in the killing.

Punjab police had claimed to have solved the killing of Sandhu with the arrest of 11 persons, including jailed gangsters Ravinder Singh and Sukhdeep Singh. The police had claimed that both Ravinder and Sukhdeep hatched the conspiracy to kill Sandhu from the Patiala and Ferozepur jails. They are close associates of Bhikariwal, who had given them the task, according to the police.

Both the Punjab Police and Delhi Police stated interrogation of Bhikariwal will bring out the missing links in the case.