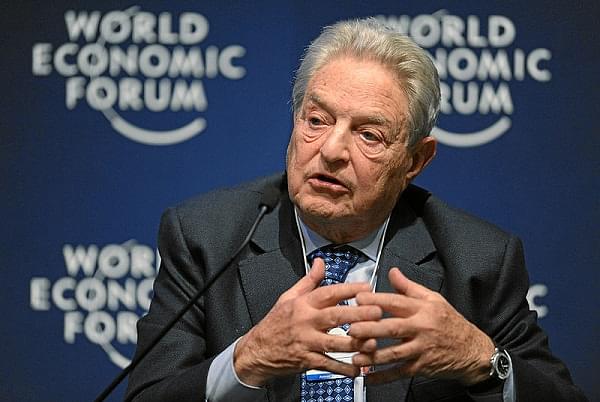 George Soros, the billionaire financier, has unveiled his plan to set up a $1billion fund to build a global network of higher educational institution by targetting students through various awareness and outreach initiate to fight the resurgent nationalism around the world.

Delivering a speech at the World Economic Forum in Davos, Soros identified the rising populism internationally as a huge threat and specifically mounted an attack on US president Donald Trump as well as China’s Xi Jinping, Indian prime minister Narendra Modi — and Brexit.

"Nationalism, far from being reversed, made further headway." Soros thundered.

“I believe that as a long-term strategy our best hope lies in access to quality education, specifically an education that reinforces the autonomy of the individual by cultivating critical thinking and emphasising academic freedom,” he said.

Soros warned about a growing threat from populism and climate change and pledged $1bn towards a new global university network to tackle intolerance. The fund is likely to be operated through the controversial organisation he founded -Open Society Foundations. The organisation is et to nurture partnerships between leading universities, think tanks and cultural institutions across the world.

1/- George Soros is pushing 90.
Grant him his senility.
Heâs the munificent idol of a huge global chair-borne army.
It needs to pander to his Messiah-complex and jerk dollars off his wallet to keep it in Single Malt.
pic.twitter.com/KWgmbUKIKI

Soros described U.S President Donald Trump as a "conman and the ultimate narcissist" who had breached the limits of the US constitution. He attacked China's President Xi Jinping claiming that Chinese state under Xi was using technology to establishtotal control over Chinese life.

"The world would be a better place if they weren't in power," Soros said.

The biggest and "most frightening setback," Soros claimed was in India "where a democratically elected Narendra Modi is creating a Hindu nationalist state, imposing punitive measures on Kashmir, a semi-autonomous Muslim region, and threatening to deprive millions of Muslims of their citizenship."

One of the planet’s wealthiest men, Soros’s past is marred with serious allegations of crimes and misdemeanors including a conviction for insider trading by a French court that levied a fine of $2.3 million.

Soros has also been waging a global camapign State of Israel by funding groups devoted to BDS (boycott, disinvestment, sanctions) against the Jewish State. Soros is estimated to have donated more than $2 million to Adalah, an “independent human rights organization.” Adalah advocates that governments sever diplomatic relations with the only democracy in the Middle East.

Also Read: A Look At The Dystopian Vision Of The Connoisseur Of Chaos, George Soros