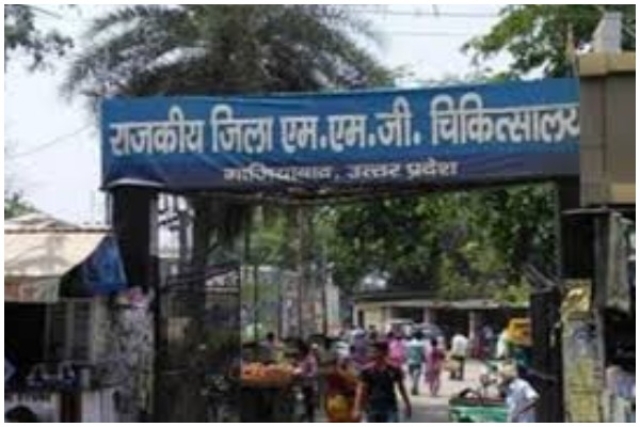 The MMG District Hospital in Ghaziabad

A case for obscene behaviour, non-cooperation and other charges was filed against some inmates of an isolation ward for suspected coronavirus patients at a hospital in Ghaziabad, the Police said on Thursday (2 April).

According to the Ghaziabad SSP Kalanidi Naithani, the case was filed at the Kotwali police station under various sections of the Indian Penal Code, including Sections 354 (assault or criminal force on woman with intent to outrage her modesty), 294 (punishment for obscene acts) and 270 (malignant act likely to spread infection of disease dangerous to life).

The police have been instructed to collect evidence from the affected personnel and eye-witnesses at the hospital for their investigation.

A joint probe by Ghaziabad police chief and Additional District Magistrate was ordered following complaints of "objectionable behaviour" by many members of Tablighi Jamaat -- in some instances singing obscene songs before the nursing staff.

The complaint said that some Tablighi followers -- who were rounded up and taken by bus to Ghaziabad on Tuesday-Wednesday for a medical check-up after they had been to the Markaz headquarters, said to be the new coronavirus epicentre in the national capital -- allegedly spat on police personnel and government officials.

A section of staff in Ghaziabad-based MMG Government Hospital wrote in a complaint to the Chief Medical Superintendent that "many Jamaat members admitted to the isolation ward of the hospital were misbehaving with the employees and the nursing staff".

The Jamaat members, many of whom are corona suspects, were seen roaming around in semi-nude condition in front of female nursing staff and singing obscene songs, the complaint said.

The staff said in their letter to the Chief Medical Superintendent that many Jamaat members in the hospital have demanded tobacco and cigarettes.