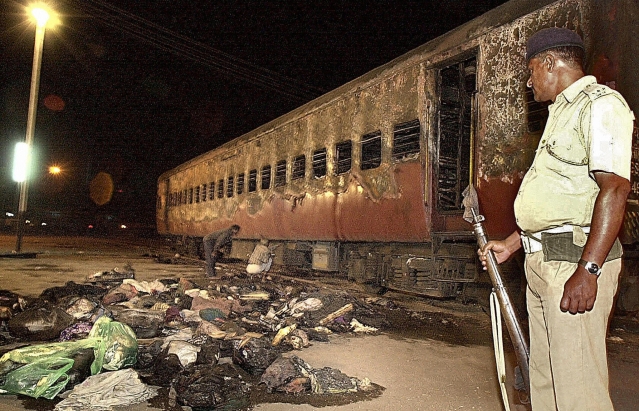 The Gujarat High Court today (9 October) commuted the death sentences of 11 convicts of setting the Sabarmati Express on fire at Godhra station in 2002 to life imprisonment. It upheld a lower court’s order awarding life imprisonment to 20 other convicts, reports The Times of India.

The bench comprising of Justices A S Dave and G R Udhwani observed that both the state and railways had failed in maintaining law and order and directed them to pay Rs 10 lakh as compensation to the families of those who were killed on 27 February, 2002, after coach S6 of the Sabarmati Express was set on fire at Godhra station, PTI reported. The death of 59 kar sevaks returning from Ayodhya triggered communal riots across Gujarat.

On 1 March, 2011, a special court of a Special Investigation Team (SIT) had convicted 31 people and acquitted 63 of which 11 were sentenced to death, and 20 were awarded life imprisonment. Since then, multiple appeals were filed in the Gujarat High Court challenging the order with the state government questioning the acquittals.