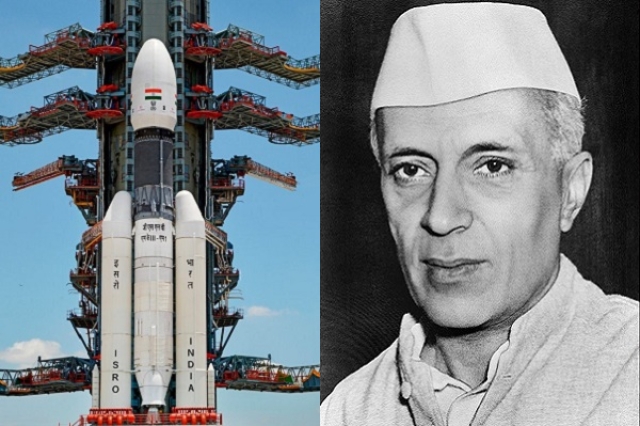 Soon after the successful launch of the GSLV Mark-III Baahubali rocket carrying India’s lunar rover as part of Chandrayaan-2 mission, the Congress party took to Twitter to remind its followers about the “visionary move by India’s first prime minister Jawaharlal Nehru to fund space research via INCOSPAR in 1962”.

This is a good time to remember the visionary move of India's first PM Pandit Jawaharlal Nehru to fund space research through INCOSPAR in1962 which later became ISRO. And also Dr. Manmohan Singh for sanctioning the #Chandrayan2 project in 2008. pic.twitter.com/2Tje349pa0

This was criticised by many social media users, who pointed out that the Chandrayaan-2 mission sanctioned by Singh was supposed to be a India-Russia joint venture while the final product is 100 per cent Indian.

This was based on a decision by ISRO to develop the lander on its own after Russia failed to deliver it even by 2015.

Earlier as well, the Congress was mocked for crediting members of the Gandhi family for India’s scientific achievements.

Soon after the success, of Mission Shakti under which India developed an ASAT missile, the Congress had credited both Nehru and Indira Gandhi for overseeing the establishment of ISRO and DRDO.