Government Aims To Setup 5000 E-Charging Stations Across Cities And Highways; May Float Subsidy Proposals This Week 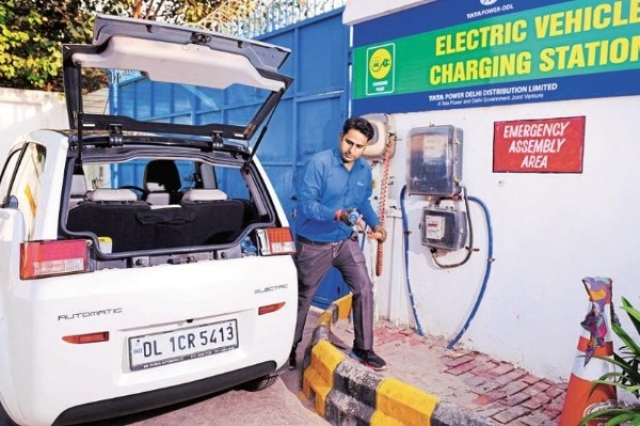 The centre will soon float two large proposals offering subsidies to states for the deployment of 5,000 electric charging stations across cities and highways, reports The Economic Times.

The pilot electric infrastructure layout has a target of setting up of one charging station every three kms in cities and one each for every 25 kms on either side of the highways.

The government wants to expedite its plan to convert 40 per cent of the fleet to battery-operated vehicles. Currently, there are 150 charging stations across India.

The department of heavy industries will float separate expressions of interest for installing charging stations in cities and highways, an official said. For securing the subsidies, the states are expected to submit their proposals, mostly through electric distribution companies, the official added.

Only central public sector enterprises are allowed to submit proposals for setting up charging stations across the highways where a 100 per cent subsidy will be given on the cost of charger and transformer.

India has recently embarked on phase-2 of FAME India Scheme (Faster Adoption and Manufacturing of Hybrid and Electric Vehicles in India), for a period of three years commencing from April 1, 2019, with a total budgetary allocation of Rs 10,000 crore.

Electrification of public and shared transportation and laying of charging infrastructure are among the priorities in this phase of the scheme.