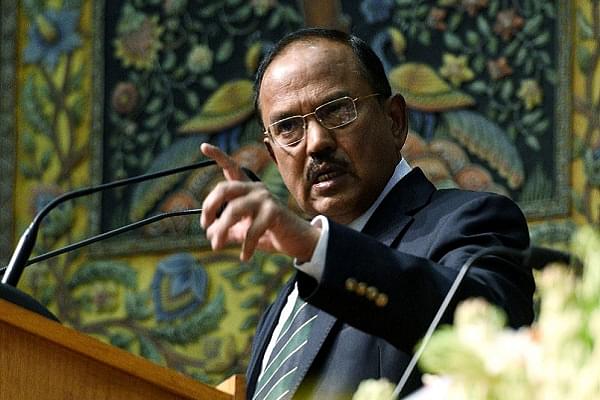 National Security Advisor (NSA) Ajit Doval is likely to join the Government's efforts to push China to pull back its troopers from friction points along the Line of Actual Control (LAC) as it looks set to activate Special Representative (SR) mechanism on the boundary talks, reports The Indian Express.

If the SR mechanism is finally activated, NSA Doval will be taking up parleys with his counterpart, China's State Councillor Wang Yi on the sole objective of 'de-escalation' and 'defusing' the situation. It should be noted that Wang Yi also happens to be the incumbent Foreign Minister of China.

In China, a State Councillor is ranked higher than a Foreign Minister and is usually a separate individual. However, since 2017, Yi has consolidated both the powerful posts to himself, increasing his heft.

With External Affairs Minister (EAM) S Jaishankar already engaging with Yi in the capacity of foreign minister, India is now looking to engage with Yi at a higher level. NSA Doval had previously engaged with Yi on 21 December 2019 at the 22nd Meeting of Special Representatives of the two nations which was held in Delhi.

Meanwhile, it should be noted that both Jaishankar and NSA Doval hold a Cabinet rank in the Government of India's structure and are equivalents in terms of seniority.