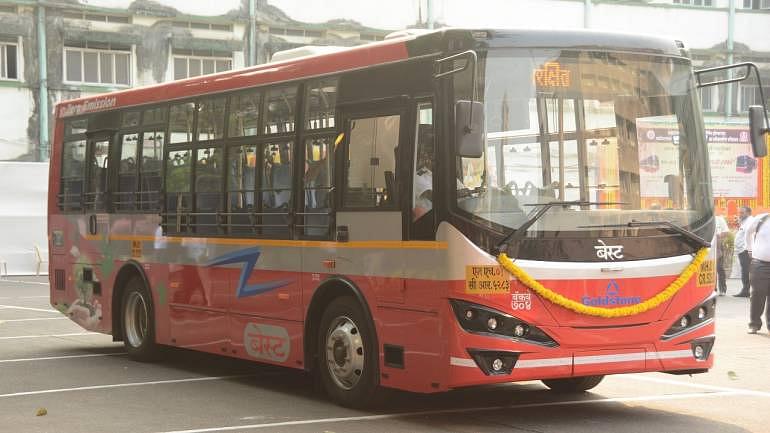 An electric bus operated by BEST in Mumbai (Goldstone buses)

The government would support manufacturing and sale of electric vehicles (EVs) by giving incentives such as lower road taxes so that the automobile sector continues to play a major role in India's GDP and job creation, Niti Aayog CEO Amitabh Kant said today (19 December).

He said in the long run, India must become a major manufacturer of automobiles, batteries and interoperable charging stations, and help reduce pollution in cities. This, he said, should be done in a manner that does not disrupt combustion vehicle manufacturing.

"We would like to support electric vehicles by providing vast range of initiatives such as lower road taxes.”

"And the government will act as a catalyst so that automobile sector continues to play a major role in India's GDP and job creation as well as in exports," he said at an event organised by industry body Assocham.

Kant pointed out that today, automobile along with automobile component industry is one of the key drivers of India's economic growth, contributing 7.2 per cent to the GDP.

Citing several studies, Kant said by 2027-28, the cost of EV battery will come down from $273 per kWh to $73 per kWh even without taking Indian demand into consideration.

"If you take Indian demand into consideration, then it will come down to $60 per kWh," he noted.

Niti Aayog in a recent report had estimated that accelerated adoption of electric and shared vehicles could save $60 billion in diesel and petrol costs by 2030.

According to Piyush Goyal, who held power portfolio till recently, India aims to become 100 per cent e-vehicle nation by 2030. PTI