Grand Alliance Shuts Doors On Nitish Kumar: He Is Not Welcome Any More, Says Tejashwi Yadav 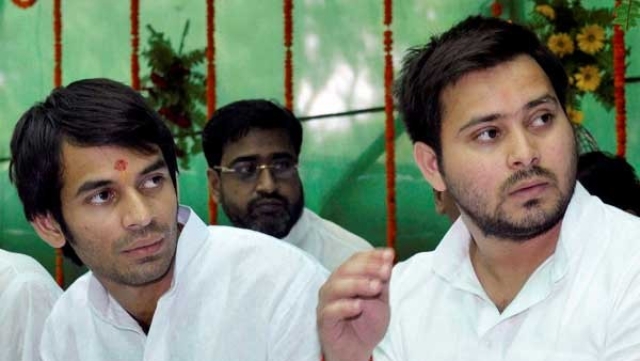 The Grand Alliance (GA) of Rashtriya Janata Dal (RJD) and Congress has shut the door on the Janata Dal (United) or JD(U) president Nitish Kumar and vowed to resist any pressure to accept him, even if he cuts ties with the Bharatiya Janata Party (BJP) says a report in the Times of India.

Though Kumar may not be very comfortable in the National Democratic Alliance (NDA), leader of Opposition Tejashwi Prasad Yadav said, he cannot return to the Grand Alliance because “our doors are closed for him”.

“Nitish sold the dream of ‘double engine’ to the people, saying that he ditched us because the state’s development could get momentum with NDA in power at the Centre and in the state. But such claims have fallen flat,” Tejashwi Yadav said.

He claimed that Kumar is silent even though the Centre has done nothing to help Bihar. He also said that he knew Nitish Kumar was preparing the ground for yet another turnaround with indications that JD(U) may haggle for more seats in the state with the NDA allies to contest in the 2019 election.

These are signs “Nitish is making up his mind for another palti (turnaround)”, Tejashwi Yadav said.