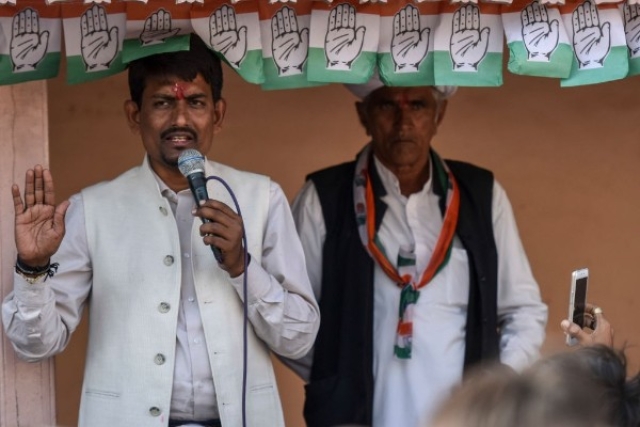 The Gujarat High Court on Monday (24 June) admitted a petition filed by state Congress seeking to direct the state Assembly Speaker Rajendra Trivedi to take an early decision on its demand to expel Alpesh Thakor as an MLA, reports The Hindu.

According to the report, after admitting the petition, a division bench of Justices SR Brahmbhatt and AP Thaker issued notices to Speaker Trivedi and Thakor and then fixed 27 June as the next date of hearing on the matter.

The petition was filed by Congress’ chief whip in the state Assembly Ashwin Kotwal. In the petition, the Congress also demanded that Thakor must not be allowed to exercise his rights as a legislator till the Speaker takes the final call on the matter.

Thakor had resigned from all the posts he held in the Congress on 10 April, claiming that the party had betrayed and insulted the Thakor community. Before his resignation, Thakor was the party's secretary in-charge of Bihar and was a member of all key party committees for the Lok Sabha polls.

A prominent OBC leader of Gujarat, Thakor was elected to the state Assembly on a Congress ticket from Radhanpur seat in the 2017 Assembly elections.

The development comes as both BJP and Congress are eyeing the bypolls for the two vacant Rajya Sabha seats from the state, which are scheduled to be held on 5 July. The two Rajya Sabha seats were vacated by Amit Shah and Smriti Irani following their victory in the recently concluded Lok Sabha elections.