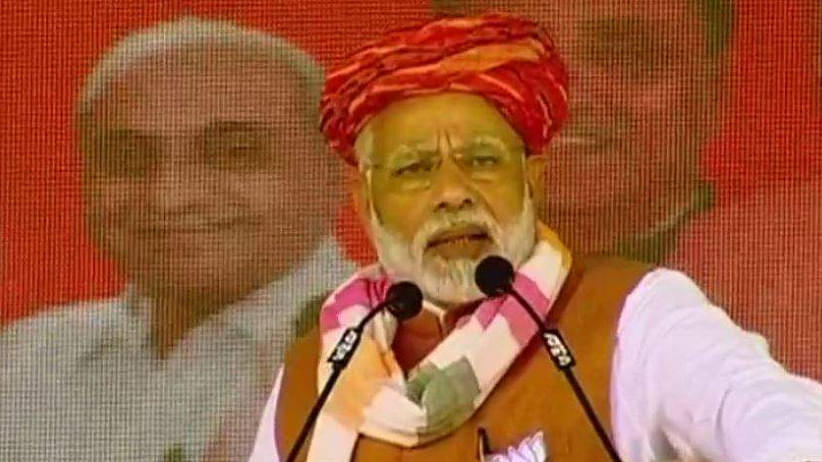 A Pakistani court released a Pakistani terrorist and the Congress is celebrating. I was surprised why. And this same Congress refused to believe our own army on surgical strikes and preferred to believe the Chinese Ambassador: PM @narendramodi

In a stinging attack on the Congress, the Prime Minister said the upcoming Assembly election is a fight between trust on development and dynastic politics.

He was addressing a rally in Kutch district's Bhuj town ahead of the first phase of the elections on 9 December.

He also alluded to allegations thrown at him during the campaign by Congress leaders, including party vice president Rahul Gandhi. "This Gujarat son has no stains in his public life. You come to the state and level baseless allegations on the son of the soil... the people of the state will not forgive you," he said.

During his campaign in the state in the last few days, Gandhi had trained his guns at the Modi-led government over the Rafale fighter aircraft deal.

"The Gujarat election is a contest between trust on development and dynastic politics," the prime minister said at the rally.

Taking another dig at the opposition party, which is making all out efforts to dislodge the long-ruling BJP in Gujarat, Modi asked, "When our soldiers were standing eye-to-eye in Dokalam for 70 days, why were you hugging the Chinese ambassador."

The prime minister will address a series of campaign meetings today (27 November) and on Wednesday (29 November) in Saurashtra and South Gujarat, which go to the polls on 9 December. The elections to the 182-member Gujarat Assembly will be held in two phases. The counting of votes will be on December 18.